But as he stood outside the NYC Health and Hospitals Bellevue Medical Center in Manhattan, Schumer criticized the federal agency for its slowness in delivering the funds.

“Today, I am saying to FEMA, no more delays,” Schumer said. “When the city applies for relief money for Omicron, we can’t wait another two years. We need the money now.

“We have already told FEMA, get the new money out immediately so our hospitals can do the job they are meant to do,” he said. “The delays we had are unacceptable, both on the public side and the private side, and we’re not going to tolerate that again.”

Adams joined his voice to Schumer’s, noting that the city’s hospitals spent more than $2.5 billion to fight the pandemic in its first surge. “You shouldn’t have to worry about how you’re going to be paid,” Adams said.

“They did their job, darn it, and the federal government needed to do its job. We saw the hospitals move without hesitating. So why the heck did FEMA hesitate?” Adams demanded. “That is irresponsible and unacceptable. . . We need to move faster and get things done.”

Likewise, Torres related past struggles with the federal agency, saying its “bureaucratic reasoning” was “out of touch with the reality that we as New Yorkers were experiencing on the ground.”

He added that everyone remembers the “images of overflowing emergency rooms and those refrigerated trucks full of dead bodies.” 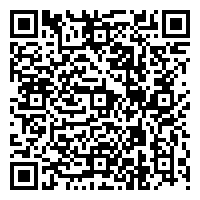