Debra Ryder, a Jewish resident of Florida and an El Al passenger, is asking the carrier for 50,000 shekel ($12,500) in compensation for allegedly switching her seat on a flight from the U.S., after a Haredi man refused to sit next to her. She claims that the flight attendant moved her without her expressed consent to a seat in the back of the plane, a location that did not meet her medical needs.

Ryder is seeking the compensation for emotional distress and gender discrimination.


“In his quiet way, the flight steward hinted that they were religious, that they saw me, and that they were not prepared to get up from their seats,” Ryder told IDF Radio. “It was clear that the flight attendant did not know how to deal with the situation. They didn’t even ask me and I was humiliated. If they had asked, it would have felt different. I never thought I’d have such an experience.”

Ryder’s attorney Orly Erez-Likhovsky, of the Israel Religious Action Center, sent a letter to El Al demanding that it set clear instructions to employees on how to act in such cases.

El Al said in response, “El Al flight attendants, who are in the front line of service with passengers, are faced with varied requests, and try to help as much as they can. The passenger’s complaint will be examined and dealt with.” 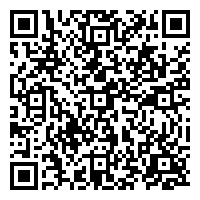