Former Kadima Knesset Member Marina Solodkin passed away on Saturday night at the age of 60.

Solodkin was in Riga, the Latvian capital, at a conference against Fascism. She is survived by her husband and two children. According to the Russian news agency, she was found dead in her hotel room, and doctors believe she suffered a stroke.


Born in Moscow in the Soviet Union, immigrated to Israel in the early 1990s. She joined the Russian-immigrant party, Yisrael BaAliyah, led by Soviet dissident Natan Sharansky. She was elected to the Knesset in 1996, and was chair of the Committee on the Status of Women. In 1999, she was appointed Deputy Minister of Immigrant Absorption, a post she kept after the Yisrael BaAliyah merger with Likud.

Shortly before the 2006 elections Solodkin resigned from the Knesset to join Kadima, where she ran in the primaries and came in 6th on on the party’s Knesset list. But she resigned in protest at not being given Ministerial portfolio despite her high position on Kadima’s list.

She retained her seat in the 2009 elections, but before the 2013 elections, as Kadima was not expected to even make it passed the threshold percentage, Solodkin announced she would not be running. 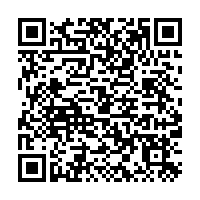