Sheikh Salman al-Awdah, a leading Saudi cleric, who was imprisoned in the 1990s for speaking in favor of change, and whose Twitter is accessed by 2.4 million believers, published an open letter on the social media site, with a warning to the government of Saudi Arabia—which isn’t accustomed to receiving public criticism—that it would be facing “the spark of violence” if it didn’t act quickly on burning issues like detained dissidents, bad public services and corruption, Reuters reported.

In reaction to the “Arab Spring” of the past two years, the Saudi monarch, King Abdullah, pledged $110 billion in social spending, in return for a religious ban on protests.

But according to the conservative Sheikh, nothing significant has changed so far. He described a stagnation, caused by a lack of housing, unemployment, poverty, corruption, bad health and education services, the suffering of political prisoners and the fact that Saudis see no hope for political reform.

“If revolutions are suppressed they turn into armed action, and if they are ignored they expand and spread. The solution is in wise decisions and in being timely to avert any spark of violence,” al-Awdah wrote.

Dissidents have been detained as political prisoners in Saudi Arabia during the 1990s, 2000s and 2010s. The issue of the detainees has united some Saudi Islamists and liberals against what they see as a punitive state security apparatus.

As of 2012, estimates are that as many as 30 thousand dissidents are sitting in Saudi prisons. They included tribal leader Mukhlif al-Shammari, who was charged with “annoying others” for his op-eds, assistant professor of law Muhammad al-Abdul Karim who published an article on “The crisis of conflict amongst the governing wings in Saudi Arabia,” in 2010.

A week ago, two prominent human rights activists were jailed, having campaigned for years on behalf of detainees. Most demonstrations in support of detainees involve only a few dozen Saudis, but now and then, such as in a late February rally in Bureidah in the central Qassim Province, many more show up. In that instance, 161 protesters were arrested.

Sheikh al-Awdah wrote that his Saudi countrymen “like people around the world” aren’t always going to remain ” silent about forfeiting all or part” of their rights, adding that “when someone loses hope, you should expect anything from him.”

The Saudi authorities do not tolerate public dissent, this is, most likely, because signs of public rage are being closely monitored by the world’s oil industry experts, who make their futures purchases with said dissents in mind. 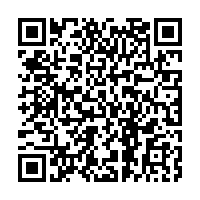