A U.S. military jury on Wednesday sentenced Army psychiatrist handing Major Nidal Hasan to death for intentionally killing 13 soldiers and wounding more than 30 others in the 2009 shooting rampage at Fort Hood, Texas.

The jury of 13 officers spent only two hours in deliberation before handing Major Hasan, an American-born Muslim, the death sentence he had been asking for during his two-week trial.


Hasan, who says he “switched sides” in the U.S. wars in Iraq and Afghanistan, was convicted of the premeditated murder of soldiers who were going to be deployed to the two fronts. He says he carried out the attack to prevent them from attacking Muslims overseas.

The Army prosecutor in the case, Colonel Mike Mulligan, urged the jury to give Hasan the death penalty.

Mulligan said the defendant “is not now and never will be a martyr. He is a criminal. He is a cold-blooded murderer.”

Hasan, representing himself, offered no defense or testimony. He acknowledged he was the shooter, and before the end of the trial told the jury, “I have no closing statement.” 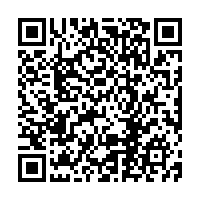