The academics at the center of the Sydney University anti-Israel boycott squabble will be asked to cover their own legal costs, as campus controversy over the anti-Israeli movement is exploding, The Australian reported.

The complaint is now before the Australian Human Rights Commission, but Akiva Hamilton, an Australian lawyer with Shurat HaDin, says it is unlikely to be resolved at that jurisdiction.

“Based on Associate Professor Lynch’s response to the Australian Human Rights Commission, Shurat HaDin expects that the AHRC will be unable to conciliate the racial discrimination claim,” Hamilton said.

If the complaint is not resolved in the AHRC, Shurat HaDin will apply to the Federal Court, according to Hamilton.

But while all that hoopla is being played out in ever more serious courts, Sydney University made sure everybody understands they have no intention of indemnifying professors Lynch and Rees for their anti-Israel extracurricular activities.

“The university does not provide legal support for staff in relation to complaints or proceedings against them in respect of their activities in a personal capacity,” a spokeswoman for the school said.

Kind of makes sense – they can’t quite pay for every professor’s personal hobby. Some of those can get quite hairy.

A case in point is Professor Rees, who in his free time is also director of the Sydney Peace Foundation. Rees was asked about reports that his Jewish students were offended and intimidated by the anti-Jewish undertones of his BDS campaign.

The professor said it was “absolute nonsense,” adding a complaint of his own: “You should see the hate mail I get as a result of taking a stand. They call me antisemitic.”

The very thought of it!

Rees said the Greens were “genuflecting to political survival instincts by pretending the party did not support the BDS campaign.”

“Well, they’re making political calculations because they know the mainstream media and they know that most of the people in Canberra are cowards, irrespective of party,” he concluded.

Alon Tal, a 22-year-old commerce/law student, told The Australian: “As a Jew, my Zionism is inextricably linked with my Jewish identity so the fact that these people are calling for a boycott on Israel which is, essentially, calling for the destruction of Israel, it’s really an affront to me.”

If the AHRC terminates the complaint, Shurat HaDin will have 60 days to lodge Federal Court action. 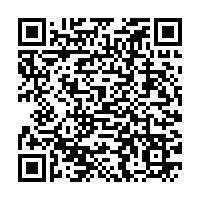