France’s Chief rabbi, Rabbi Gilles Bernheim, has left his post after becoming hopelessly mixed in a scandal over plagiarism and over lying about his academic credentials.

French Jewish leader Richard Prasquier told AP the Chief Rabbi had asked for the leave at an emergency meeting of leaders of the Central Consistory of France on Thursday.


On Tuesday, Rabbi Bernheim admitted to “making mistakes” in an interview with Radio Shalom in Paris.

Bernheim was accused by a French academic whose hobby is tracking suspected plagiarism, that parts of his 2011 book “Forty Jewish Meditations,” and part of a text he wrote on gay marriage, had been lifted from other people’s texts.

Sadly, Rabbi Bernheim’s plagiarized text was cited in December in a speech by Pope Benedict XVI. 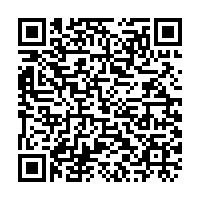