Amid calls for his resignation over revelations that he committed plagiarism and used unearned academic titles, France’s chief rabbi, Gilles Bernheim, said he made “serious mistakes,” but to resign at this point would be morally wrong.

“Resigning now would be an act of pride,” Bernheim said Tuesday in an interview with the Paris-based Radio Shalom. “I must remain as a show of humility.”


It’s overwhelming, all this humility. And it’s reassuring to know that an Orthodox rabbi is as well versed with Orwellian Newspeak as any other politician.

Our sages have presaged, so to speak, situation like this, when they predicted (Tractate Sotah, 49b):

In the footsteps of the messiah · insolence will increase and honor dwindle · the vine will yield abundant fruit but wine will be costly · the government will turn to heresy and there will be none to rebuke them · the meeting-places of scholars will be used for prostitution · the frontier settlers will go about begging from place to place without anyone to take pity on them · the wisdom of the learned will degenerate · those who fear sin will be despised · the truth will be absent · youths will insult the old · the old will be made to stand up in the presence of the young · a son will revile his father · a daughter will rise against her mother · a daughter-in-law against her mother-in-law · a man’s family members will be his enemies · the face of the generation will be like the face of a dog · a son will not feel ashamed before his father – so upon whom is it for us to rely? upon our father who is in heaven.

Here’s everything the morally ambivalent rabbi has committed, courtesy of JTA:

Bernheim said last week that his 2011 book “40 Jewish Meditations” contained one passage that his ghostwriter plagiarized without Bernheim’s knowledge.

Since then, he has been accused of at least three additional cases of plagiarism in the same book and in two earlier publications, and of obtaining the agregation.

Rabbi Bernheim acknowledged he did not obtain the “agregation” – a title obtained by civil servants in competitive tests – in philosophy. He said he had suffered an injury just before he was supposed to take the exam – several of his biographies said he passed the agregation, the French media reported.

Jean-Noel Darde, a senior lecturer at Paris 8 University, wrote on his blog Monday that Bernheim plagiarized another text in his essay against gay marriage titled “Homosexual Marriage, Gay Parenting and Adoption: What We Forgot to Say.” Then-Pope Benedict quoted from the essay during a speech at the Vatican in December.

He also admitted “serious mistakes but ones that do not directly concern the tasks I was entrusted with as chief rabbi.”

Is this the old “I do all my transgressions on the way home from the office” defense? Really?

The French daily Le Figaro on Tuesday reported that “there was heavy pressure” on the part of unnamed officials from the Jewish community for Bernheim to resign.

Bernard Guigui, vice president of the Marseille branch of the Consistoire, which is responsible for religious Jewish services, told JTA Tuesday morning that while “we do not demand that Bernheim resign, everybody is talking about it. I think when you have such a huge responsibility and commit such an error, it’s better not to embarrass and hurt the Jewish community but step back and resign.”

Meanwhile, Le Monde reported that it obtained a letter on Tuesday calling for Bernheim’s resignation that was signed by an obscure entity called the “Collective Consistoire Community.”

Yael Hirschhorn, a spokeswoman for Bernheim, told JTA that her office would not comment on calls for Bernheim’s resignation. 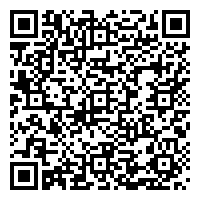