The Jews of Lawrence-Cedarhurst NY are no strangers when it comes to IDF support. There are tens of “Lone soldiers” who are currently serving in the IDF from that area. That is why it was no surprise that the Young Israel of Lawrence-Cedarhurst made a very generous donation and asked Standing Together to help a specific unit in which one of their congregants has a nephew serving.


We made contact with the officer of the elite Egoz unit and after a month of preparations we scheduled a day to meet them on base and give them the gear that was sponsored by YILC.

As we drove on to the base it was hard not to notice the smiles on the soldiers’ faces.

The Egoz unit is a “Sayeret”(Elite) unit and they have now been on base for over 3 weeks in an intense training course. Their phones have been confiscated and I cannot tell you details of their training regimen, but I can tell you that they have been completely cut off from the outside world and they are working hard, VERY HARD!

As we unloaded the water packs, dry-fit clothing, Leatherman utility tools and personalized gear backpacks to give out to the soldiers, we could hear the bursting excitement from the soldiers.

The truth is, if the day would have ended right there, it would have been a perfect day, but nothing prepared me for what happened next!

I asked the guys if there is someone who speaks English as we are looking for someone to send a video message back to the Young Israel of Lawrence-Cedarhurst. They all immediately pointed to a specific Kipah wearing soldier and as I walked over to introduce myself he stood up to shake my hand and say thank you.

I have met many Lone soldiers and the first thing any respectable Jew does is play Jewish geography, so I asked him where he is from.

When he answered Borough Park, I felt my face shift in wonder as I said, “Did you say Borough Park?!”

He gently smiled and repeated it again, Borough Park.

The prominent Ultra-Orthodox community in Borough Park, NY does not have many kids drafting into the IDF, so my curiosity was at its apex.

I asked the soldier for his name and when he responded, Chaim Meisels, my knees buckled.

(I will pause here a second for those of you who just fell off your chair or spilled your drink.)

You read correctly, Chaim Meisels is the great-grandson of the Berach Moshe, better known as the Satmar Rebbe.

What is he doing in Sayeret Egoz?

I asked the question and before I knew it, I was in a deep discussion with this very special Lone soldier.

One can understand if Chaim would have been angry and bitter towards Satmar as they completely shut him out since he left, but that is simply not the case.

As much as I tried not to speak about politics and hashkafa, it is a little difficult when speaking to the Satmar Rebbe’s great-grandson who happens to also be wearing an IDF uniform and serving in one of the IDF’s most elite units.

No matter how many times I asked about his family and Satmar, Chaim did not have a single negative word to say about anyone.

“I love my parents dearly and have only love and respect for them.” That is the way Chaim answered my question about his family’s reaction to his decision to join the IDF.

It’s not that I was looking for something negative to report, I just wanted to understand the hardships Chaim had to go to to get to where he is now. No matter how many questions I asked, Chaim had only positive things to say.

I cannot imagine the amount of personal strength and courage needed to do what Chaim did and I do not really know how the Satmar community is reacting. What I do know is that while supplying Chaim and his unit with gear, I felt a tremendous feeling of unity.

A young IDF soldier by the name of Chaim Meisels taught me, in his modest and Menshlechkite way, that a love for Am Yisrael and a positive attitude is more powerful than anything else.

Standing Together was started by two loving parents of several IDF soldiers. Twenty year ago, David Landau of Efrat, went to pray at Rachel’s tomb in Bethlehem. As he arrived, he saw IDF soldiers guarding the site to make sure people who came to pray are protected and safe.

“I saw the concern on the soldiers’ faces”, explains David Landau, “they were more concerned for our safety than they were for their own”. This is how David recalls the events of that day that gave fruit to Standing Together.

“I remember walking up to the soldiers in Rachel’s tomb to thank them for protecting us. I spoke to them for several minutes and I clearly heard in their voice how worried and concerned they were for our safety. I was not content with just a ‘thank you’, so I left Rachel’s Tomb, found the nearest Pizza joint and bought a pie for the soldiers.

When I returned to Bethlehem to give the Pizza to the soldiers, an expression of shock came over their faces and they turned to me and asked, “what is this for?”.

I told them I wanted to thank them and show my appreciation for their service and for keeping us safe. Their shocked expression turned to a smile as they responded in a way I will never forget, “People have been walking in here all day and you are the first to say thank you. It’s not that we need it, because we are just doing our job, but it’s nice to know that people appreciate our service.”

It was at that point that David and Sarah Landau decided they were going to make it their goal to show IDF soldiers just how much they are appreciated by people around the world. Twenty years later, Standing Together has been supporting IDF soldiers with whatever they need and wherever they might be.

During the recent Gaza war in the Summer of 2015, Standing Together drover across the Southern border of Israel supplying soldiers with everything from underwear and water packs to food and gear.

Over the Winter months Standing Together has given out thousands of winter gear packs to soldiers who were serving on the Northern front. These packs included operational gloves, fleece waterproof jackets, thermal clothing and more. Over 4,000 Mishloach manot were distributed over Purim and in conjunction with the IDF, Standing Together sent 1,000 packages to families of IDF soldiers who are in need of financial assistance just in time for Pesach.

The summer months have hit Israel hard this year. Temperatures have already reached over the 100 degree mark and soldiers do not have the luxury to take a break.

Standing Together’s summer IDF campaign is one of their most popular campaigns. With the help of private donations, we visit IDF bases across Israel and give the soldiers a reason to smile. Along with our ice cream Sundays and cold drinks, we supply soldiers with insulated water packs, dry-fit operational apparel, personalized gear bags and other equipment help make soldier’s lives and service both easier and more effective.

Come visit the Standing Together Facebook and Twitter pages where you can find updates on Israel, IDF stories and pictures.

Standing Together is non-profit organization whose IDF support campaigns are funded by completely by private donors from across the world. If you would like to sponsor a soldiers or an entire IDF unit you can visit our website at: http://www.stogether.org/keeping-idf-soldiers-cool/.

If you would like to set up a community IDF project or sponsor any or some of Standing Together’s activities, contact Ari Fuld at ari@stogether.org. 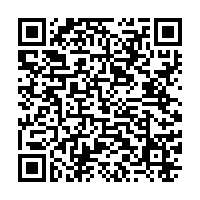