A 4-year old girl drowned around noon time in a mikvah-ritual bath on Neufeld Street in B’nei B’rak. The establishment was open, even though Jews are not permitted to dip on Yom Kippur. Magen David Adom paramedics took the child to Schneider hospital in Petach Tikvah, where she was declared dead, Kikar Hashabbat reports.

According to a Hatzolah volunteer paramedic, the little girl “entered the mikvah—that must have been left open since the eve of Yom Kippur—together with her brother, and slipped and fell in. Her brother ran outside and got a pedestrian to pull her out of the water and called the MTA teams. We tried to revive her for a very long time and she was removed to the hospital in critical condition.”


The circumstances of the tragedy are not clear, and it is not yet known whther police intends to investigate. 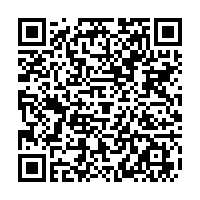