While most Jews had completed their seuda mafseket-the meal before the fast, Samaria police were busy carrying out their last mission before the holiday – arresting seven Jewish residents of the Ramat Migron outpost, Hakol Hayehudi reports.

The detainees were rushed to the Sha’ar Binyamin police station after the holiday had begun, and interrogated on suspicion that they had defied an IDF-imposed restriction on the outpost. The seven were fingerprinted, regardless of the sacred day, and released into the night at 11 PM. They were forced to proceed with the Yom Kippur services in the Sha’ar Binyamin compound.


Back at the outpost, on Shabbat morning, some Bedouins set fire to equipment. The arsonists had escaped, and towards the end of the holiday a great fire started spreading around the outpost and some homes had to be evacuated. 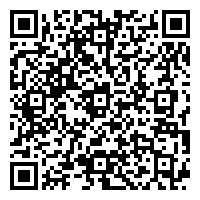