Several French anti-racist organizations are suing Google for allegedly pushing “unsolicited and systematic associations between famous people and their Jewishness” – real or presumed – through the indispensable feature, the auto-complete function

Since 2008, the Google search engine has been anticipating what users are about to type next in the search box, offering its “Suggest” feature. Except that lawyers for SOS Racisme, a French anti-discrimination organization, argue that by connecting persons with Judaism, the Internet behemoth is actually perpetrating “the creation of what is probably the biggest Jewish file in history.”


Apparently, not everybody likes to be known as Jewish, particularly people who aren’t. The list of Jewish don’t-wannabe includes News Corp. boss Rupert Murdoch and “Mad Men” star Jon Hamm.

But if you plug the name of the actor who plays that elegant, utterly aloof, lady killer Mad Av executive in the search box, like we did, you’ll get a long list of websites (460,000 actually) that debate the possible connection between Hamm and the revelation on Mt. Sinai.

It’s all math, and for the most part it’s very useful math, enriching the Internet search process by suggesting directions the user hadn’t thought of. Also, if the same user has been looking for just that kind of information, the feature cuts down on search time, freeing up more valuable time for another rousing game of Solitaire.

Google offers a page that explains its policies on the pesky autocomplete feature. And the company explains those instances where users receive an unexpected word or topic for their query. For instance, when “the search term violates our autocomplete policies.” Google says the engine excludes “a narrow class of search queries related to pornography, violence, hate speech and copyright infringement.” 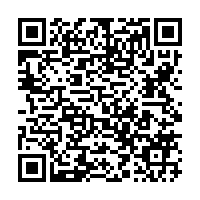