“Several years ago I set a vision that Israel would be one of the five great cyber powers in the world,” Netanyahu said Sunday. “And indeed we are meeting this goal: Whoever has visited the cyber authority in Be’er Sheva – not every civilian can do so – gains the impression that we are among the leaders, if not the leader, in the world in defending our citizens, their bank accounts, our electricity grid and all of our other essential infrastructures against cyber-attack.


Netanyahu admitted that despite the investment of time, money and manpower, there are attempted attacks “all the time.” But he added that Israel-built technology provides top-level defence for civilian and military infrastructure.

“Israel is developing pioneering technology and methods of organizing in the world in order to defend against these assaults. Today’s decision will advance us in this direction,” Netanyahu said. 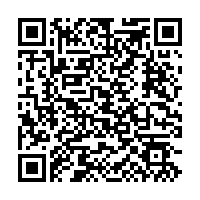