The Defense Ministry said Sunday that Brigadier General (Res.) Kamil Abu Rokon will replace Major General Yoav ‘Poli’ Mordechai as the Coordinator of Government Activities in the Territories (COGAT). Upon assuming the responsibilities of COGAT, Abu Rokon will be promoted to the rank of Major General.


Kamil Abu Rokon, a Druze Israeli from the northern village of Isfia, has served in the IDF for nearly 40 years. He is currently the head of the Israeli Border Authority and will replace Maj. Gen. Mordechai on Independence Day next April.

“Kamil Abu Rokon is one of the biggest Israeli experts on the Palestinian arena. I was very impressed by his knowledge as well as his experience managing large scale operations in his current position as head of the Border Authority,” Defense Minister Avigdor Liberman said in a statement announcing the appointment. “I am sure that there is no one better suited for such a sensitive and important job,” he added.

Maj. Gen. Mordechai has served in the position of COGAT for nearly 4 years. 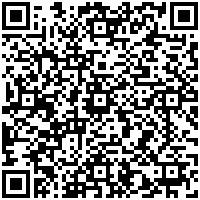