The leader of the gang that tortured and killed Ilan Halimi, a French Jew, in 2006 was sentenced to seven more years in prison for making anti-Semitic videos while in jail.

Fofana’s gang kidnapped 23-year-old Halimi in 2006 and held him for ransom, then tortured him for three weeks before he was found by police.  Halimi died on his way to the hospital.

Fofana was sentenced to life in prison with no possibility of parole for 22 years. Last year he was put on trial again, after prison officials found videos he made calling for an “African revolt.”

Jérome Guedj, president of the local council of Essonne, the municipality south of Paris where Ilan Halimi was murdered, last week announced a new fund for fighting anti-Semitism named after Halimi. Each year the fund will give out $13,000 to three individuals who take part in the fight against anti-Semitism. 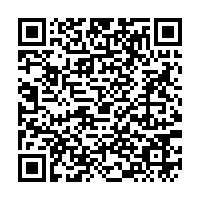