(JNi.media) JK Rowling is no friend of the Jewish settlement movement, nor does she apparently endorse the notions of Jewish resurrection in a promised land, or of Israel’s being the only democracy in a region rife with violence and death. Like many in the UK, she believes, as she recently wrote: “The Palestinian community has suffered untold injustice and brutality. I want to see the Israeli government held to account for that injustice and brutality.”

But Harry Potter’s creator’s notes on the issue, in an October 27 essay titled, “Why Dumbledore went to the hilltop,” include a minor parting with the left’s anti-Israel mantra. Just three paragraphs from the ending, Rowling writes: “Boycotting Israel on every possible front has its allure. It satisfies the human urge to do something, anything, in the face of horrific human suffering… What sits uncomfortably with me is that severing contact with Israel’s cultural and academic community means refusing to engage with some of the Israelis who are most pro-Palestinian, and most critical of Israel’s government.”


In other words, don’t dump babies Amos Oz and David Grossman together with the Bibi Netanyahu and Naftali Bennett bath water.

Rowling entered the Twitter fray after some of her fans—all fine, pro-Palestinian Brits—started to use her Harry Potter characters to argue in favor of a wall-to-wall cultural boycott of Israel—the nation that gave them the computer processors facilitating their indulgence.

“This isn’t a complaint,” she noted in her article, “those characters belong to the readers as well as to me, and each has their own life in the heads of those who have read them.”

Here is an example: “Many of the messages I’ve received in the last few days have included variations on the theme ‘talking wouldn’t stop the Wizarding War’ and as far as that goes, it’s true,” Rowling wrote, confirming: “Talking alone would not have stopped the Wizarding War, and talking alone didn’t.”

So the message is clear: Action is required to get the Zionists to stop being so… Zionistic?

Because, let’s face it, she continued: “Voldemort believed that non-wizards were subhuman, so it’s valid to draw comparisons between Voldemort and any real human being who regards other races, religions or sexualities as inferior.”

Of course, what Rowling did not mention, possibly because she feeds on a steady diet of UK media, is the fact that while in the Israeli democracy a person may serve jail time for racist speech, the leaders of both Hamas and the PLO, and every Muslim preacher collecting his paychecks from any of the Gulf states, indefatigably keep comparing Jews to animals—monkeys are their favorites—encouraging people and the natural forces to murder them.

Also, she failed to mention that the only place where Arabs with “other sexualities” are not beheaded or dumped from rooftops tied to a chair is Israel.

So, Voldemort is in the eye of the beholder?

But Rowling reveals her darkest loathing for the Jewish State, or at least the majority of its citizens, when she writes: “In the final book, Deathly Hallows, when many hidden things come to the surface, there is a scene on a windy hilltop. Dumbledore has been summoned by a Death Eater, Severus Snape. At that point, Snape is a subscriber to the inhuman philosophy of Voldemort. He is probably a killer, certainly a betrayer of two of the people Dumbledore loved most, and the man who had sent Voldemort after an innocent child in the knowledge that Voldemort would kill him.”

Don’t kid yourselves, she means Israel’s right wing in the context of her article, just follow through, as Rowling notes: “…nobody has ever asked me: why did Dumbledore go when Snape asked him to go, and why didn’t he kill him on sight when he got there?” 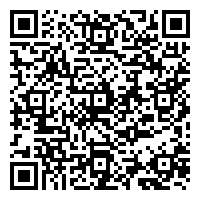