While Pakistan has been invited to the NATO summit in Chicago next week, Israel has been left out, at the request of Turkey, according to Reuters.

Pakistani President Asif Ali Zardari has not yet responded to the invitation.


Israel, NATO’s most dependable Middle East ally in the war against terrorism, did not even an invitation to the summit, because, as a NATO officials stated, Israel does not partake in primary NATO missions.

Other reports suggest that Israel was not invited because NATO member Turkey’s objection.

A GOP foreign policy analyst condemned NATO officials for mistreating Israel while inviting Pakistan, which has been a haven for terrorists in recent years.

“It’s a sad day when the same military alliance formed out of the ashes of the Holocaust, which pledged to the world ‘Never Again,’ shuns the democratic State of Israel while welcoming a nation that supports terrorist groups responsible for murdering NATO soldiers,” said the source. “With a single phone call, President Obama could make sure Israel gets an invitation to attend the NATO summit in Chicago as a NATO partner observer. His unwillingness to stand up for Israel inside the NATO council is very telling.” 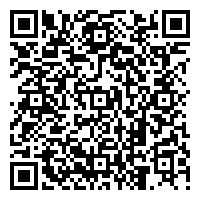