Coinciding with the intensifying focus on ultra-Orthodox participation in military and national service, the Israeli Ministry of Industry, Trade and Labor published a poll on Monday finding that 41% of Haredi men are at least moderately interested in joining the IDF program tailored for Haredi soldiers.

In response to the question “What percentage of your friends do you estimate will remain within the long-term yeshiva framework?” approximately 70% of respondents anticipated that at least half of their colleagues would remain in the yeshiva framework, while the remaining 30% said that very few of their colleagues would remain.


Regarding preferred professions, 60% of respondents chose religious-oriented occupations (like Torah study, Rabbi, Rabbinical judges). Close behind at 56% was teaching, followed by computer-oriented professions (51%), law (38%), and the banking sector (33%).

As mentioned, on the issue of ultra-Orthodox military service, 41% of those surveyed said they would be moderately or very interested in joining the Haredi IDF program, while 59% said they had either little or no interest. Still, the percentage of interest is substantially higher than the current annual rate of Haredi enlistment in the IDF (approx. 15%).

The Israel High Court ruled in February that the Tal Law, which for all intents and purposes permitted ultra-Orthodox men to defer military service indefinitely, is unconstitutional and must be replaced by August 2012.

The respondents also by and large expressed a willingness to study secular subjects like math and English, contrary to the declared opposition of their community leaders.

The poll surveyed 400 unmarried yeshiva students aged 17 through 20, and one of the poll’s researchers told Haaretz that the survey was the first of its kind in its depth and scope.

Industry, Trade, and Labor Minister Shalom Simhon said that the survey results reflect changing trends in ultra-Orthodox society. “More and more Haredim are seeking to integrate into the work force…So the new ‘Tal Law’ that is to be implemented will provide Haredim with such an opportunity for integration.” 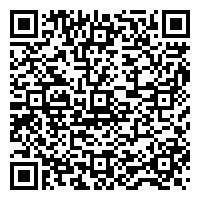