A green bell pepper affectionately dubbed “Godzilla” by the children of Moshav Ein Yahav in the northern Arava desert has won a place in the Guinness Book of World Records.

The massive vegetable was grown by the town produce company, Yofi Shel Yerakot (Beauty of Vegetables) and weighs over a pound.  According to a report by Israel21c, the pepper drew the attention of packing-house workers because it was too large to fit through the sorting mechanism which boxes the produce for the Israeli market.


Farmers at the moshav also grow watermelons, melons, tomatoes, and other vegetables.  Approximately half are exported to Europe, with the other half being sold in Israel.

Godzilla has already passed muster with Guinness World Records officials and will be kept in a special display location at the Yofi Shel Yerakot main office while it is still fresh. 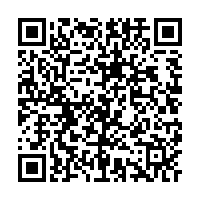