Canada has approved Elelyso, a new Israeli treatment for Type 1 Gaucher disease. The medication received kosher certification from the Orthodox Union, according to Pfizer, which distributes the drug in the United States.

Gaucher disease is an inherited disease in which the body does not store lipids correctly. This results in a buildup of the fatty substances in cells, certain organs and sometimes in the bone tissue, causing damage to organs such as the spleen, liver and brain.


Elelyso (taliglucerase alfa) is a long-term enzyme replacement therapy produced by Protalix Biotherapeutics Inc., which treats the disease in both adults and children.”

Elelyso was approved by the U.S. FDA on May 1, 2012 and received marketing authorization from the Israeli Ministry of Health on September 12, 2012. It is also approved in a number of other countries, including Brazil and Uruguay.

“With the Canadian approval of Elelyso, the drug is now approved for patients in more than ten countries across the globe,” said Protalix SVP product development Dr. Einat Brill Almon.

“This validates the ability and safety of ProCellEx, our manufacturing platform technology, which we are currently using to develop additional enzyme replacement therapies.” 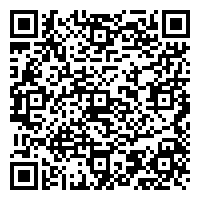