Representatives from the Justice for Jews from Arab Countries organization (JJAC) will meet in France today and tomorrow to discuss the protection for Jewish property in Arab countries. Following Israel’s creation in 1948, ancient Jewish communities in Egypt, Iraq, Syria and Lebanon were decimated by riots and expulsions. Individual Jews and Jewish communities lost hundreds of millions of dollars in property and real estate holdings as Jews were stripped of their citizenship rights and holdings.

According to the Conseil Représentatif des Institutions juives de France, the delegation will visit the historical archives of the Alliance Israelite Universelle, whose network of schools was witness to this dramatic history and to the hospitality that France extended to the exiled Jewish communities. The delegation will meet Mrs. Patrizianna Sparacino-Thiellay French Ambassador at Large for Human Rights and Claude Goasguen, Vice Chairman of the Israel-France Friendship Group . The group will also meet with several members of the National Assembly to discuss refugee rights around the Middle East in the context of a lasting solution to conflicts in the region. They will also meet UNESCO Director-General Irina Bokova Director-General to seek protection for Jewish historical sites in Arab countries. 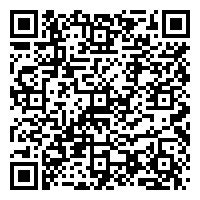