British regulators have placed five Muslim-dominated public schools in the city of Birmingham under “special measures” after inspectors found that pupils there were being systematically exposed to radical Islamic propaganda.


Ofsted, the agency that regulates British schools, carried out emergency inspections of 21 primary and secondary public schools in Birmingham after a document surfaced in March 2014 that purported to outline a plot—dubbed Operation Trojan Horse—by Muslim fundamentalists to Islamize public schools in England and Wales.

The inspection reports, which Ofsted made public on June 9, show that Muslim hardliners are indeed seeking to run at least five public schools in Birmingham according to a “conservative Islamic perspective.” But the report does not cite evidence of an organized plot by extremists.

Ofsted inspectors found that one school was playing the Muslim call to prayer over loudspeakers in the playground, while another was found with books promoting stoning, lashing and execution. Yet another school had invited a Muslim hate preacher known for his support of militant Islam to speak to students.

In some schools, girls are actively being dissuaded from speaking to boys and from taking part in extra-curricular visits and activities. Boys and girls are also taught separately in religious education and personal development lessons.

The inspection report for the Nansen Primary School reveals that when teachers wanted pupils to take part in a nativity play, Muslim administrators “insisted on vetting a copy of the script for its suitability and told staff they must not use a doll as the baby Jesus.” The report also says:

“Pupils do not get a broad education. Subjects such as art and music have been removed for some year groups at the insistence of the governing body.

“Pupils have only a superficial knowledge and understanding of religions and beliefs other than Islam. The lack of leadership of religious education means that teachers are ill-informed about what to teach and how to teach this subject. Pupils’ cultural development is inadequate because the academy does not help pupils to develop an understanding of the diversity of traditions, religions and customs in modern British society. This leaves pupils at risk of cultural isolation.

“Currently, the academy has a weekly whole-school assembly, which is of an Islamic character. The governing body has not received permission from the Education Funding Agency for an exemption from providing a broadly Christian act of worship. This means that [the] governing body fails to meet this aspect of their responsibilities.”

The inspection report for the Oldknow Academy says the school is “taking on the practices of an Islamic faith school” and that non-Muslim staff and pupils have been excluded from an annual trip to Saudi Arabia for three years running. The report adds:

“The curriculum is inadequate because it does not foster an appreciation of, and respect for, pupils’ own or other cultures. It does not promote tolerance and harmony between different cultural traditions. In addition, a small group of governors is making significant changes to the ethos and culture of the academy without full consultation. They are endeavoring to promote a particular and narrow faith-based ideology in what is a maintained and non-faith academy.

“Some staff told Her Majesty’s Inspectors that they feel afraid to speak out against recent changes in the academy for fear of losing their jobs.

“Currently, the academy has two Islamic faith assemblies each week and additional, optional Friday prayer. Birmingham City Mission has been delivering Christian Acts of Collective Worship at Oldknow, once a term, since 2006. Its recent assembly was cancelled and the Mission’s offer of an alternative date was not taken up. No further visits have been requested. The academy’s Christmas special assembly was also cancelled.

UK Jewish Schools Could Face Closure for Not Promoting Homosexuality 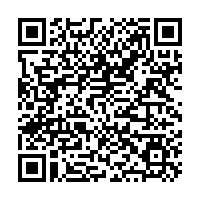