A Jewish teen in the southern Israeli city of Be’er Sheva was seriously wounded in a stabbing attack at midday outside the city’s Soroka Medical Center.

The stabbing took place while the stabber and the victim were involved in a clash between Arab and Jewish students.


While police were trying to separate the two sides, an Arab Israeli suspect stabbed the 18-year-old Jewish male in the chest. The victim is listed in fair to serious condition.

The perpetrator fled after stabbing the victim and attempted to hide in the hospital grounds. He was pursued by hospital security guards and the counter-protesting Jewish students and was found within minutes by a guard and arrested.

The Arab students were demonstrating outside Ben Gurion University over the upcoming eviction of four Arab families (70 members) from Jewish-owned properties in Jerusalem’s Sheikh Jarrah neighborhood. The eviction orders are being reviewed by Israel’s Supreme Court.

The Jewish students were counter-protesting across the street next to Soroka. Both sides were throwing stones according to an eyewitness who spoke with Israeli media.

Safety Apps In A Time Of Antisemitism 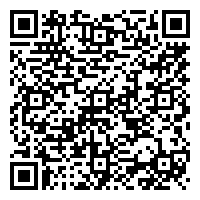