With a record-breaking five openly gay Knesset members in the Israel’s 21st Knesset, the legislative body is amending “husband and wife” to “couple” on all its forms, and will provide more rights to partners of homosexual legislators.

According to a Ynet report, the decision came after new Blue and White Party MK Eitan Ginsburg was asked to sign a form registering his male common-law spouse, but that only offered the options of “husband” and “wife.”
After he refused to sign it, Meretz MK Tamar Zandberg asked the Knesset legal department to accommodate same-sex couples, at which point Knesset Director-General Albert Sakharovich asked all department heads under his leadership to change the policy. New forms will read “couple” rather than “husband and wife.”


Same-sex spouses of MKs will now be able to receive permanent entry passes to the Knesset, be authorized to drive the Knesset-issued cars assigned to their partners, and will be invited to all official ceremonies and events.

Marriage in Israel falls under the purview of religious courts (including Jewish, Christian, Muslim and Druze authorities). Being that homosexuality and gay marriage are forbidden by religious law, same-sex marriages are not recognized in Israel.

However, Israel recognizes civil marriages, including homosexual marriages, performed abroad. Same-sex partners who marry outside of Israel can register their marriages in the country. 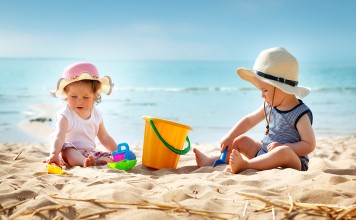 Is It Proper To Go To A Pool, Beach, Or Boardwalk Where Both Secular Women And Men Are In Bathing Suits That Are Not...