New reports are now saying that the “bank robber”, a former captain in the  border police (age 40), was actually a dissatisfied client of the bank and had been recently been turned down for a NIS 6000 loan. After being denied access to account at the ATM machine on Monday, he went home, got his gun, and returned to shoot the bank manager and a teller. The man reportedly confirmed his kills on the bank staff.

Police initially thought the gunman had a partner who had been transported early on to the hospital with gunshot wounds, but it turns out the man carried out the attack alone. and the injured man was also a victim.

MONDAY 1:18 PM MDA declared a Mass Casualty Event at a Bank HaPoalim in Be’er Sheva on Yohana Jabotinsky Boulevard. It appears to be a bank robbery that went very wrong.

There were two bank robbers from the town of Be’er Sheva. The robbers apparently began shooting, when citizens tried to disarm him.

The second injured bank robber was taken to the hospital at the beginning of the event.

There is ongoing shooting. Seven people outside the bank are wounded. There are a number of hostages in the bank.

Zaka says there are 4 dead so far.

2:07 PM Reports say that the bank robber just killed himself, and the hostage is now outside the bank.

It appears that the robbery is over and that the bank robber committed suicide.

2:13 PM Police are searching inside the bank for additional wounded and bank robbers.

2:17 PM New shooting inside the bank.

2:20 PM Police have announced that the robbery is over. 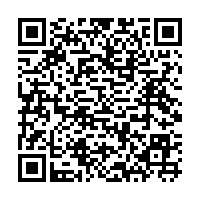