The general conference of the United Methodist Church voted not to divest from three companies that trade with Israel.

Two-thirds of the approximately 1,000 delegates to the conference voted Wednesday in Tampa, Fla., against a motion to divest from Caterpillar, Motorola Solutions and Hewlett-Packard.


Divestment advocates claim that products manufactured by these companies are used to repress Palestinians.

The conference passed motions opposing Jewish settlements in Judea and Samaria, recommending the boycott of products manufactured in settlements, and supporting investment in the Palestinian economy.

Language that would have affirmed the Kairos Document prepared by Palestinian Christians endorsing divestment and boycotts and upholding armed resistance was removed from resolutions before they reached the floor.

A number of groups, including one called United Methodist Kairos Response, had lobbied for the divestment language.

Alex Joyner,  the spokesman United Methodists for Constructive Peacemaking in Israel and Palestine, said in a statement that his group “had been actively opposing divestment and encouraging the more productive approach of negotiations and positive investments.” 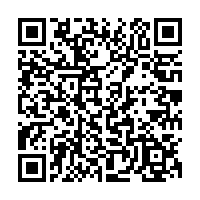