A Catholic monastery and convent near Bethlehem lost a seven-year legal battle against the building of Israel’s security fence on its land.

The Society of St. Yves, a Catholic group that argued the case on the monastery’s behalf, said an Israeli appeals court had endorsed a plan to expand the barrier Israel had built in the area, Reuters reported Friday. The wall would surround the convent on three sides and cut it off from most of its land, St. Yves said in a statement.

In 2002, Israel started building the security fence – a mix of metal fencing, barbed wire and concrete walls – in response to a wave of Arab suicide bombings. Israel says the barrier keeps its citizens safe from terrorists; the Arabs charge the fence constitutes a land grab.

According to statistics published by the Israeli government, between the year 2000 and July 2003, when the “first continuous segment” of the barrier was built, 73 Palestinian suicide bombings were carried out from Judea and Samaria, killing 293 Israelis and injuring close to 2,000. But from August 2003 and the end of 2006, only 12 attacks were carried out, killing 64 Israelis and wounding 445. This indicates either a sudden loss of interest on the part of Arab youths to murder Jews, or that the barrier is working.

Anica Heinlein, St. Yves’s advocacy officer, said the plan to build on the monastery’s property “would violate international law and conventions protecting religious minorities and the right to education and freedom of religion.”

On the other hand, very few suicide bombings. You do the math. 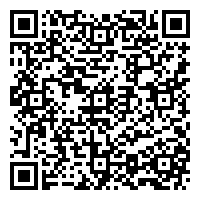