(JNi.media) On Wednesday afternoon, Palestinian Authority security forces prevented hundreds of protesters from continuing their march to the IDF checkpoint in Ramallah’s al-Bireh neighborhood, near the Jewish town of Beit El in Samaria, Ma’an reported.

Leading members of the Fatah movement were present at the march, including committee member Sultan Abu al-Einein, as well as PLO executive committee members Wassel Abu Youssef and Jamil Shihadeh. The secretary general of the Arab Liberation Front, Rakad Salem, and the secretary-general of the Democratic Front for the Liberation of Palestine, Qais Abd al-Karim, were also in attendance. The Ma’an report presented this as a peaceful march, which it could have been — at the start. But the same story reported that once they realized they weren’t going to be allowed near the soldiers, dozens of youth left the march and instead headed to an area in al-Bireh where they clashed with Israeli forces.


So they had their riot after all. Amira Hass, an Ha’aretz reporter and columnist [JP: and Israeli settler living in Ramallah], wrote on Wednesday that the PA security forces have been engaged for some time in physically preventing demonstrations that inevitably blossom into riots and clashes. The Palestinian leadership is finally getting sick and tired of losing their children to suicidal stupidity.

According to Hass, many Judea and Samaria Arabs believe the knives intifada only hurt the cause of a 2-state solution. But they can’t say it out of respect for the families of the dead terrorists.

There’s definitely a permeating sense of despair in the Palestinian territories. Perhaps a realization that the murderous fantasy is over, and all it got them is about a billion dollars deeper in debt, and several hundred crazed kids dead.

In Gaza, Hamas put the icing on the cake by announcing a ban on New Year celebrations. The decree forbids restaurants and hotels to host celebrations on the occasion of New Year’s Day, Ma’am reported. A spokesman for the police in Gaza said, “The decision to ban restaurants and hotels from celebrating New Year’s Eve came as it is incompatible with the teachings of our religion, and its being primarily a Western tradition.”

He explained that “the suffering of the Palestinian people in the Gaza Strip due to the siege imposed on them requires respect for the sufferings and sacrifices.” 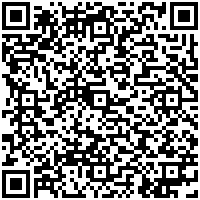