Sliwa, a radio talk show host and CEO of the Guardian Angels, sustained a broken arm and bruises as a result.


But the irrepressible activist insisted on first doing his show before going to the hospital.

We will win on November 2nd, and we will save New York City! pic.twitter.com/kEOoNCegTB

“I’m like a cat that has nine lives,” told reporters. “I think I’ve used up my eighth.”

He was treated and released at Lenox Hill Hospital on the Upper East Side of the city, leaving the hospital with his left arm in a sling.

Don’t worry, everyone. The taxi is okay.

Sliwa’s opponent, Democratic candidate Eric Adams, said he hoped he soon would be back on the campaign trail.

“I’ve just been informed that Mr. Sliwa was struck by a yellow cab while out campaigning today and is being treated at Lenox Hill hospital. I’d like to wish him a speedy recovery, and I hope to see him back out on the trail this weekend,” Adams said in a statement.

Sliwa said he appreciated the well-wishes from Adams. His campaign canceled his events for Friday, but he was scheduled to speak at a GOP rally on Saturday in Staten Island. 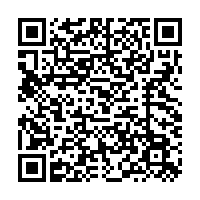