The Jewish Publication Society is about to release a 3-volume anthology titled Outside the Bible, with 3,301 pages of key texts of ancient Jewish literature from the Second Temple period, edited by Lawrence H Schiffman, James L Kugel and Louis H Feldman. It includes extensive commentary from more than 70 world-renowned experts and 29 new translations.

This unprecedented collection of texts is an indispensable reference for scholars and students of the Bible, early Rabbinic Judaism, early Christianity, and the history of the Second Temple Period.


While specialists have studied individual texts or subsections of this library, Outside the Bible seeks for the first time to bring together all of its major components into a single collection, gathering portions of the Dead Sea Scrolls, the Septuagint, the biblical apocrypha, and pseudepigrapha, and the writings of Philo of Alexandria and Josephus.

The editors have brought together these diverse works in order to highlight what has often been neglected; their common Jewish background. For this reason the commentaries that accompany the texts devote special attention to their references to Hebrew Scripture and to issues of halakhah (Jewish law), their allusions to motifs and themes known from later Rabbinic writings in Talmud and Midrash, their evocation of recent or distant events in Jewish history, and their references to other texts in this collection. 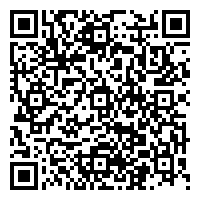