A New York court sentenced on Tuesday Palestinian Authority Arab-American Andy Ashkar up to 25 years in jail for stealing a winning $5 million lottery ticket from its rightful owner, Robert Miles.

Miles, in 2006,  took the scratch-off to a convenience store operated by Ashkar’s parents in Syracuse, New York. When he showed the ticket for scanning, Ashkar told him it was worth only $4,000 and that he would give him $4,000 for it immediately, taking the rest as a “commission.”


Miles said he knew Ahskar was lying but that he ran away with the ticket and then waited six years before cashing it.

The New York State Lottery was suspicious, and posted a news release concerning the six-year-old ticket. A policeman who had heard about Miles’ ticket tracked down Ashkar, who is appealing his sentence. Officials says they are close to determining that Miles can received the money for the ticket. 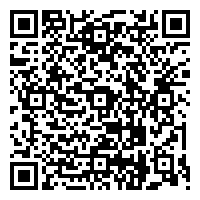