Home News & Views News Briefs Palestinian Militant: We’ll Use American Weapons Against Israel
Share on Facebook
Tweet on Twitter
JERUSALEM – Weapons and financial aid the United States is considering giving to Palestinian Authority President Mahmoud Abbas’s Force 17 security detail to bolster it against Hamas may be used instead to attack Jews and “fight Israeli occupation,” a senior officer of Force 17 said in an exclusive interview.
The militant, Abu Yousuf, hinted that any new weapons provided by the U.S. to his group could be shared with the affiliated Al Aksa Martyrs Brigades terror organization. Abu Yousuf, like several Force 17 members, is also a member of the Brigades.

“There is no chance that we will use force and violence against our brothers in Hamas unless they will endanger [Abbas]. There is a chance that Israel will attack the Palestinian territories and in this case these weapons and others provided [by the U.S. to Force 17] will be directed toward the [Israeli] occupation,” Abu Yousuf said.

Abu Yousuf was responding to reports the U.S. is planning to transfer weapons and aid to Force 17, which protects Abbas and also serves as special security forces on behalf of his Fatah party.

Hamas and Fatah have been fighting in the Gaza Strip and West Bank since last weekend, after negotiations to establish a national unity government between the two appeared to have fallen through. At least 14 militants were killed and over 150 Palestinians were wounded in the clashes over the last 10 days, the deadliest since Hamas won the majority of Palestinian parliamentary seats earlier this year.

members used weaponry more advanced than what was known to have been in the Hamas arsenal, including newer styles of assault rifles and rocket-propelled grenades.

Following a meeting with Abbas in Ramallah last week, Secretary of State Condoleezza Rice told reporters America would “do what it can” to bolster Abbas.

Last week the New York Times reported that the U.S. proposed expanding Abbas’s Force 17 from 3,500 men to 6,000 as part of a $26 million plan to strengthen the Palestinian leader.

The Associated Press and Israel’s leading daily, Yediot Aharonot, reported last week that new training facilities for Force 17 are slated to be set up in the West Bank town of Jericho and in Gaza, at a cost of $2 million each, according to the U.S. proposal.

Senior Palestinian officials said the U.S. is planning to transfer ammunition and new assault rifles to Force 17 this week and is considering procuring about $28 million in aid to Abbas. They said the U.S. would help train Force 17 members in the operation of the new weapons and in advanced combat techniques in facilities already in use in Jericho.

The last known weapons transfer to Force 17 took place this past May and reportedly consisted of 3,000 assault rifles and over one million rounds of ammunition.

At first the U.S., Israel and the PA denied the reports of the weapons transfer, but in June Prime Minister Ehud Olmert announced he had approved the shipment of U.S. weapons and ammunition, explaining the transfer was meant for Abbas’s personal protection.

“I did this because we are running out of time and

we need to help Abu Mazen [Abbas],” Olmert told reporters. The shipment needed Israeli consent to pass through checkpoints. It was delivered by a convoy protected by the IDF, according to Israeli and Palestinian officials involved in the transfer.

Abu Yousuf told WorldNetDaily this week that the latest planned U.S. weapons transfer was meant to spark a Palestinian civil war and ensure that Palestinian security forces are “friendly” to the West.

“We are aware that a civil war is the dream of the Zionists and the Americans, but it will not happen so quickly,” said Abu Yousuf.

“The Americans see their situation in Iraq and in Afghanistan and they know that a war against Iran is a matter of time and they want to guarantee that in Palestine there will not be a regime that will be hostile to the U.S. and will not endanger Israel.”

Continued the Force 17 member: “They [Americans] hope that these arms will be used against our brothers in Hamas but we ask Allah that our brothers are also aware of this issue and will not play into the hands of the Americans and the Israelis.”

Like Abu Yousuf, many Force 17 officers are also members of the Al Aksa Martyrs Brigades. In June, Abbas appointed senior Brigades leader Mahmoud Damra as commander of Force 17. Damra, who was arrested by Israel last month, was on the Jewish state’s most-wanted list of terrorists.

Sources close to the Al Aksa Brigades told WND the American assault rifles transferred in May were used in three separate anti-Israel shooting attacks in June. Israel arrested two members of Force 17 in connection with the shootings. Abu Yousuf refused to confirm whether the American weapons were used in the spate of highway attacks, but he hinted the information was accurate. 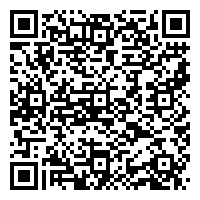