The Catalan soccer team has invited Shalit as a guest of honor to its Oct. 7 Super Clasico match against Real Madrid. Shalit, who was held hostage for several years by Palestinian terrorists with the Hamas government’s approval, is to be presented with a medal during the event.

In response, the Palestinian press has called on Arab sports and soccer groups to protest while Hamas announced a media boycott of Barcelona soccer teams, which are popular with the Palestinians.

A Palestinian prisoners organization in Gaza released a statement that said, “Gilad Shalit’s invite is a new cover-up of Zionist crimes under the pretense of sports. How can a dignified sports club, which calls for culture and humanity, invite a murderer and criminal like Shalit to honor and thank him?” 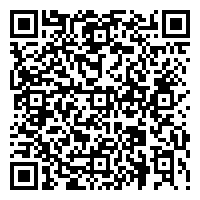