Olmert justified his plan to vacate the West Bank, which borders most of Israel’s major cities, by claiming that unless Israel soon separates from the Palestinians, Arabs will outnumber Jews and threaten the country’s Jewish character.

But recent studies indicate that Olmert is relying on faulty demographic information, and that Jews likely will outnumber Arabs by more than double in 20 years.

“The members of the next Knesset, who will convene here in a couple of months, will have a series of historic missions,” Olmert told a special session celebrating the Knesset’s 57th birthday.

“Before our eyes stands a supreme goal of consolidating Israel’s status as a Jewish, democratic state. The first mission on the road to achieving this goal will be determining the state of Israel’s final borders,” said Olmert.

Announcing what had long been assumed, Olmert last week laid out his Kadima party’s platform of withdrawing from most of the West Bank. He said that under his plan, Israel will maintain select security zones and some of the area’s major West Bank Jewish communities, alluding to the evacuation of West Bank towns that fall outside Israel’s security fence.

Kadima is leading overwhelmingly in polls as Israel’s March elections draw near.

About 200,000 Jews live in the West Bank. The security fence, still under construction in certain areas, cordons off nearly 95 percent of the territory from Israel’s pre-1967 borders.

More than half the West Bank’s Jewish residents reside on the side of the fence closest to Israel. About 80,000 more Jews live on the other side of the barrier. Olmert said he is seeking a West Bank withdrawal to set “the permanent borders of the state of Israel to ensure a Jewish majority.”

But a new study presented last month by American researchers is picking up steam in academic circles here. It contends that a West Bank withdrawal based on demography is groundless because Israel’s Jewish population will more than double that of Arabs in 20 years.

The study, titled “Forecast for Israel and the West Bank 2025,” found Palestinians have inflated their population figures by as much as 1.5 million. It also said Jewish birthrates are outstripping Palestinian rates by far, and that Israel’s own statistics fail to account for even low levels of Jewish immigration when calculating national demographic trends.

Americans Bennet Zimmerman, Roberta Seid and Michael Wise put the current Palestinin-Arab population of the West Bank at 1.4 million and Gaza 1.1 million, for a total of 2.4 million, instead of the 3.8 million reported by the Palestinian Authority Central Bureau of Statistics.

Zimmerman’s team has shown birthrates among Israeli Orthodox Jews are at their highest levels ever and that general Israeli Jewish fertility over the past five years has risen above top scenarios first considered by Israel’s Bureau of Statistics.

The study says Israel did not account for a likely continuation of Jewish immigration trends over the next 20 years.

The PA information was adopted by such prominent Israeli demographers as the University of Haifa’s Arnon Soffer and the Hebrew University’s Sergio Della Pergola, who both famously warned that by 2020 Jews will make up between 40 and 46 percent of the population in both Israel and the territories.

Under Zimmerman’s mid-case scenario, however, Israeli Jews maintain current fertility rates and immigration averages of 20,000 per year or 400,000 over two decades. Israeli Arab fertility rates, meanwhile, fall slowly over a 20-year period. The result is a Jewish majority in Israel in 2025 of 63 percent.

According to other likely scenarios contained in the new data, Jews could outnumber Arabs by 71 percent if Jewish fertility rates continue to rise and immigration increases further.

Some Israeli critics, a few of whom have been associated with Israel’s liberal parties, have slammed Zimmerman’s study. Della Pergola, who conducted previous studies in Israel upholding the PA claims, called Zimmerman’s findings “groundless,” politically slanted and baseless from a research perspective. But Della Pergola has changed his demographic forecasts several times and admitted in debates that he relied in part on PA population numbers.

Zimmerman’s study has been lauded by American demographers Nicholas Eberstadt and Murray Feshbach, among others.

“It is ironic that just as we now find Israel is in the best position ever with regard to population, Olmert announces a plan to run away and give up the West Bank, claiming Israel’s Jewish character is threatened,” said Zimmerman. 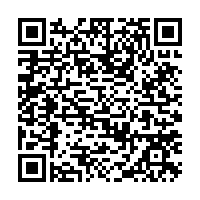