They also said now that Acting Prime Minister Ehud Olmert announced he will seek a West Bank withdrawal, terrorism against Israel must be stepped up “to prove we are chasing out the Israelis like we did in Gaza.”

“The new intifada is only a question of time and this will be the hardest and the most dangerous one,” Abu Nasser, a senior Al Aksa Brigades leader from the Balata refugee camp in northern Samaria, said in an interview.

Abu Nasser said the Brigades will not respect any cease-fire agreed to by Hamas and will not halt attacks at Hamas’s request. He warned the so-called third intifada will be a combination of suicide bombings and rocket attacks against Jewish towns.

Abu Oudai, the Al Aksa Martyrs Brigades leader responsible for coordinating the organization’s rocket network in the West Bank, warns that his organization is preparing a rocket war against Israel:

“We have launched [several] times and with the help of Allah we will launch these rockets regularly. There will be no calm, no cease-fire until the occupation leaves our land. I don’t need to tell you that the aerial distance from Jenin to Netanya, Tel Aviv, Jerusalem and other cities is not big without telling you what are all our plans concerning other parts of the West Bank.”

Popular Front for the Liberation of Palestine leader Abu Hani told WND his terror group used a cease-fire signed with Israel last year “for a rest in order to rehabilitate forces. The Palestinian people preserves its right to fight against Israel … which is forcing us to launch a new intifada.”

Asked which weapons will be emphasized during Islamic Jihad’s next wave of terror attacks, Abu Khalil replied, “I should not answer this question for operational reasons. But we proved that we use everything Allah enables us to achieve and to use – suicide attacks, rockets and more surprises. The Israelis should wait for interesting surprises.”

The International Christian Zionist Center, a pro-Israel Christian organization, has decided to move its headquarters from Jerusalem to the West Bank community of Beit El in protest of Olmert’s announced withdrawal from the territory. It is calling on the “60 to 80 million Bible believing Christians from Brazil to South Korea” to petition their governments against supporting an Israeli pullout from the West Bank, which many refer to as Israel’s “biblical heartland.”

“Christians must unite and help stop this tragedy before such a withdrawal creates an Iranian-backed fanatic Muslim Hamas state on Israel’s border and only 20 miles from Israel’s major airport, where terrorists can fire at will at incoming airplanes,” said the Cente’s director, Jan Willem van der Hoeven. “If they truly care about Israel, Christians must bring the cause to [President] Bush. I can’t understand his duplicity. Bush is wasting American money by doing everything to fight terrorism in Iraq and Afghanistan and yet he helped create a terror state in Gaza and is helping create another one in Judea and Samaria. He is giving a gift to terrorism and putting Israel’s existence at risk,” van der Hoeven said.

European countries, particularly France, feel solidarity with, and favor the release from Israeli prison of Marwan Barghouti, a convicted murderer, terror-group founder and confessed intifada planner who is seen by many Palestinians as a potential top leader, said Barghouti’s wife in an exclusive interview.

“I met a lot of [European] officials who feel solidarity with Marwan Barghouti. He is president of the French-Palestinian Friendship Club and has a lot of support, especially from France and the European parliament,” said Fadwa Barghouti, who serves as her husband’s lawyer and primary spokesperson.

Marwan Barghouti, leader of the Al Aksa Martyrs Brigades terror group, successfully ran as a Fatah candidate in last month’s Palestinian elections, stressing as part of his campaign platform his efforts in killing Israelis and planning the intifada. He is serving multiple life sentences in an Israeli prison. Many Arab leaders and some leftist Israeli officials claim if he is released, Barghouti will “sue for Israeli-Palestinian peace.” 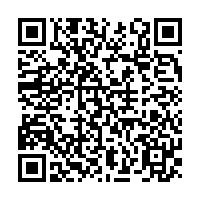