Author and pundit Noah Berlatsky, whose collection of essays “Your Favorite Superhero Sucks” came out in September, told Sequential Tart’s Suzette Chan he thinks “superheroes are in a lot of ways originally a fantasy of assimilation.”

Chan noted how “many people have noted how the Jewish creators of Superman coded Jewishness into his alienness.” It got Berlatsky going:


“…I think superheroes are in a lot of ways originally a fantasy of assimilation,” he said. “Jewish creators like [Jerry] Siegel, [Joe] Shuster and Jack Kirby created these Jewish stereotypes (Clark Kent, Steve Rogers) who transformed into heroes who were more American than American.

“So, I think there’s a sense in which superheroes started as a kind of dream of whiteness; Superman and Captain America can be seen as Jewish creators imagining how they’d be awesome and powerful if they were white. And I think that has made it structurally difficult in some ways for superheroes to be black or POC (people of color). You have to work against the tropes a little bit. It requires more imagination, and perhaps a willingness to not treat the genre with too much reverence.”

Noah Berlatsky is the editor of the comics and culture blog The Hooded Utilitarian. He has written on gender, comics, and culture for many publications, including Slate, Public Books, The Chicago Reader, Reason, The Comics Journal, The Baffler, and The Atlantic. 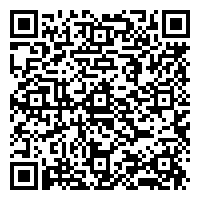