President Rivlin thanked Ambassador Shapiro for his work and said, “Mr. Ambassador, it is a farewell party; nevertheless we know we will meet you many times. As one who will live with us in Israel for few months, and of course afterwards as one who will come to Israel from time to time.”

He went on to ask that Ambassador Shapiro convey his appreciation to President Obama, and said, “Although from time to time we have had some differences of opinion, friends will take care one of each other, and sometimes criticize one of each other, but we have done that as friends, and the people of Israel appreciate this very much. We know that for eight years the President helped Israel carry the burden of security, which we have to carry all the time.”

The President concluded by noting and thanking the Ambassador for his efforts to ensure the signing of the Memorandum Of Understanding between Israel and America.

Ambassador Shapiro thanked the President for his warm words and said, “It is a great honor in my final week as U.S. Ambassador to Israel, to come and see you, and to express my deep gratitude to you for your leadership, for your friendship, for the good advice and support you have given me personally, and you have given to our efforts led by President Obama and our whole administration, to work with the Israeli Government and make this relationship as strong as it can possibly be.”

President Rivlin passed to Ambassador Shapiro a letter to President Obama. In it, President Rivlin wrote, “Mr. President, as you come to the end of your second term in office as President of the United States of America, I would like to send you my greetings. May I take this opportunity, on behalf of the State of Israel, to extend to you our thanks and appreciation for your continuing concern over the last eight years, for Israel’s safety and our ability to carry the burden of security. You ensured that we could always feel confident that our needs in this area were a priority for your administration.

“I know that both Israel and the United States will continue to be faithful to those shared values which underpin our two wonderful democracies. Allow me to wish you continuing success and personal satisfaction in all your future endeavors.” 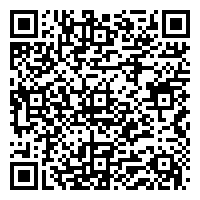