Members of the most active West Bank terror organization are serving in security forces deployed to protect Sen. Barack Obama during his trip to the West Bank this week, WorldNetDaily has learned.

According to security officials coordinating the deployment of forces with the Palestinian Authority for Obama’s Ramallah visit, members of the Al Aksa Martyrs Brigades, Fatah’s declared military wing, were called upon by the PA to participate in the protection of Obama, particularly in securing the perimeter during a scheduled meeting with PA President Mahmoud Abbas.

Many members of Fatah’s Brigades, listed as a terror organization by the U.S. State Department, serve openly in Fatah’s Force 17 presidential guard units and the Palestinian Preventative Security Services. Brigades leaders, speaking on condition of anonymity, confirmed they were set to participate in protecting Obama as official members of the PA’s security force; their job was to serve in a third security ring at the periphery of Abbas’s Ramallah compound during the Palestinian leader’s meeting with Obama.

One Brigades member who doubles as a PA security force officer and who is set to protect Obama joked that if there was any threat to the presidential candidate it will come from Israel:

“Maybe the Israelis will try something because of Obama’s policy on Israel, which the Zionists don’t like, but we will certainly protect Obama. We are professional security forces,” he said.

The 9/11 attacks were carried out because of a lack of “empathy” for others’ suffering on the part of al-Qaeda, whose terrorist ideology “grows out of a climate of poverty and ignorance, helplessness and despair,” Sen. Barack Obama said in comments made eight days after the mega-terror attacks, as reported last week in The New Yorker magazine.

Obama went on to imply that the September 11 attacks were in part a result of U.S. policy. He urged the American military to minimize civilian casualties in the Middle East and urged action opposing “bigotry or discrimination directed against neighbors and friends of Middle-Eastern descent.”

Obama’s notion that terrorists act out of desperation and poor living conditions was belied by an interview conducted by this reporter with a recruited Palestinian suicide bomber.

The Palestinian said he was driven to carry out a suicide operation to “satisfy Allah and his instructions. No money interests, nothing. No brainwash, no pressure; it is my decision.”

By conducting diplomacy with Syria, France and Israel have “opened the doors of Europe” to Syrian President Bashar Assad, who has been working to destabilize Lebanon, charged Lebanon’s Druze leader Walid Jumblatt in an interview with this column.

“They have opened the door to Europe freely to Assad without mentioning his wrecking of Lebanon and the Hariri tribunal,” said Jumblatt, head of the Progressive Socialist Party and considered one of the most prominent pro-democracy politicians in Lebanon.

Jumblatt was referring to an international tribunal to try the murderers of former Lebanese Prime Minister Rafiq Hariri, who was assassinated in February 2005 in a car bomb blast widely attributed to Syria.

“I don’t understand French policy. I am afraid Assad is now at ease, waiting for a new administration in the United States. President Bush will leave and then the isolation that was around Bashar will be over,” Jumblatt said.

Assad’s invitation to France was issued immediately after it was announced in May that Israeli Prime Minister Olmert was conducting indirect talks with Syria regarding renewing negotiations over an Israeli retreat from the Golan Heights. 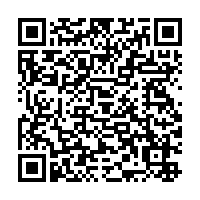