Home News & Views News Briefs Quick Takes: News From Israel You May Have Missed
Share on Facebook
Tweet on Twitter
After three years of waiting, Prime Minister Ehud Olmert quietly has granted permission to the Muslim custodians of the Temple Mount to repair and enhance Koranic verses plastered around Judaism’s holiest site, this column has learned.
The approval came as a result of the petitioning of the Israeli government by Jordan, which has been solidifying control over the Temple Mount in recent years.
There are more than 4,000 Koranic quotations written in Arabic calligraphy and carved into various Islamic buildings on the Temple Mount, including inside and outside the Al Aksa Mosque and Dome of the Rock. Six hundred of the carved verses are in poor condition, according to the Waqf, the Mount’s Muslim custodians.
The Waqf has been asking Israel for permission to repair the quotation carvings for years now. It even transported to the Israeli port city of Ashdod boxes of European tools and machinery especially made to repair the Temple Mount verses. The tools have been sitting in Ashdod for three years, according to informed sources. Following Jordanian intervention, Olmert last week gave the Waqf approval to begin fixing the Koranic quotes, the sources said.
Jordan maintains major influence over the Temple Mount. Sheik Azzam Khateeb, who was installed in February 2007 as the new manager of the Waqf, is known to be close to the Jordanian monarchy. In a gesture to Amman, Israel in January 2006 granted Jordan permission to replace the main podium in the Al Aksa Mosque from which Islamic preachers deliver their sermons. The podium, which was partially funded by Saudi Arabia, is considered one of the most important stands in the Muslim world.
Also, according to security officials, in recent years Jordan has quietly been purchasing real estate surrounding the Temple Mount in Jerusalem in hopes of gaining more control over the area accessing the holy site. The officials disclosed that in 2006 and 2007 the Jordanians used shell companies to purchase several apartments and shops located at key peripheral sections of the Temple Mount.
Hamas To Ignore Any
Israel-Abbas Agreement
Hamas will not honor any agreement signed between Israel and Palestinian Authority President Mahmoud Abbas’s Fatah organization, the terror group’s officials confirmed.
Hamas blasted the recent meeting between Abbas and President Bush in which the two discussed U.S.-backed Israeli-Palestinian negotiations aimed at creating a Palestinian state before January.
“Abbas is an illegal and his negotiations with Israel will be also illegal. He cannot conclude anything. Hamas’s movement doesn’t recognize anything that Abu Mazen concludes with the Israelis,” said Hamas spokesman Sami Abu Zwahiri.
Zwahiri noted that Abbas’s term as PA president is set to expire on January 9. He said at that time Hamas will remove all pictures of Abbas or references to him from official government institutions and material.
Zwahiri’s statements overshadow the U.S. and Israeli drive to create a Palestinian state, highlighting just how tenuous is Abbas’s rule. Israel is widely expected to offer Abbas most of the West Bank and eastern sections of Jerusalem despite claims by Hamas that it will attempt to take over any evacuated territories just as it seized control in Gaza.
Jordan Fearful Of
Hamas West Bank Takeover
Jordan opposed the transfer earlier this month of high-powered assault rifles and bullets to militias associated with Palestinian Authority President Mahmoud Abbas’s Fatah organization but the country helped facilitate the transfer under U.S. pressure, a Jordanian intelligence official told WorldNetDaily.
“There is reason to fear Hamas is planning in the future to take over the West Bank just as it did Gaza,” the official said. “And what’s stopping Hamas from seizing the American weapons provided to Fatah just like what happened in Gaza?”
The official was referring to Hamas’s takeover of Gaza in June 2007, when in less than one week it seized near complete control of the territory, overrunning all U.S.-backed Fatah security compounds and positions and reportedly seizing large quantities of U.S. weapons.
The official said Jordan, which borders the West Bank and previously administered the territory, is fearful that any Israeli withdrawal from the West Bank will ultimately result in Hamas coming to power there.
Earlier this month, it was widely reported  that the U.S. transferred between 900 and 1,000 AK-47 assault rifles and 10,000 rounds of ammunition to Fatah purportedly to bolster Abbas’s group against Hamas. The weapons were trucked in through Jordan and delivered to the West Bank city of Ramallah by the Israel Defense Forces.
The American aid was sent despite the established fact that many members of Fatah’s Al Aksa Martyrs Brigades terrorist organization, including much of the group’s well-known leadership, serve openly in Fatah security forces.
Aaron Klein is Jerusalem bureau chief for WorldNetDaily.com. He appears throughout the week on leading U.S. radio programs and is the author of the book “Schmoozing with Terrorists.”
Advertisement 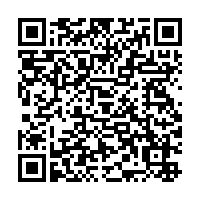