Home Magazine News Conference Spotlights Americans Who Tried To Rescue Jews From Hitler
Share on Facebook
Tweet on Twitter
Americans who tried to rescue Jews from the Holocaust – and those who tried to interfere with the rescue efforts – were the subject of a major conference in New York City last week.
A standing room-only audience was on hand Sept. 21 at the Fordham University Law School for “They Spoke Out: American Voices for Rescue from the Holocaust,” the sixth national conference of The David S. Wyman Institute for Holocaust Studies.
The Institute, based in Washington, D.C., is named after Prof. David Wyman, author of the 1984 bestseller The Abandonment of the Jews.
The keynote session of the conference focused on Treasury Department attorney Josiah E. DuBois, Jr. (1913-1983), who is the subject of a new book, Blowing the Whistle on Genocide, by Wyman Institute director Dr. Rafael Medoff.
Medoff, Wyman, Dr. Rebecca Kook – daughter of Bergson Group leader Hillel Kook – and DuBois’s friend Richard Goodwin spoke at the conference session. They described how DuBois, a Protestant, discovered and exposed the State Department’s obstruction of plans to rescue Jews from Nazi-occupied Europe.
DuBois, whom Medoff called “an unsung American hero,” helped force President Franklin Roosevelt to create the War Refugee Board.  “It is hard to imagine the Board coming into existence if not for DuBois doing what he did,” Prof. Wyman said.  The Board, of which DuBois was a leader, organized the rescue of an estimated 200,000 Jews during 1944-45. Prof. Wyman pointed out that the War Refugee Board organized and financed the rescue mission of Raoul Wallenberg in German-occupied Budapest.

Sigmund Rolat, the businessman and philanthropist leading the rebirth of Jewish cultural life in Poland, chaired the Wyman Institute conference. (Photo: Meir Schein)
The conference’s second session touched on the conflicts within the American Jewish community in the 1940s that hampered rescue activity.  Rabbi Dr. David Golinkin, of the Schechter Institute in Jerusalem, described how his father, Noah Golinkin, led a delegation of Orthodox, Conservative, and Reform rabbinical students to meet with American Jewish Congress leader Rabbi Stephen Wise in December 1942.  The students tried to convince Wise to organize protest rallies and other activist steps in response to the killing of Europe’s Jews.
According to Noah Golinkin’s account, Wise unequivocally rebuffed their suggestion that Jewish refugees be sheltered in a U.S. territory such as the Virgin Islands or Alaska.  Wise insisted that because the students had limited experience in the world, they were obligated to trust the judgment of a veteran Jewish leader such as himself.

Thane Rosenbaum, the Fordham law professor, novelist, and human rights activist, served as master of ceremonies. (Photo: Meir Schein)
Rabbi Dr. David Ellenson, president of Hebrew Union College, who also spoke at the session, likewise criticized Wise, who was the founder and leader of the school Ellenson now heads.  Dr. Ellenson said Wise lacked the “imagination and flexibility” necessary to respond effectively to the Allies’ abandonment of European Jewry.  He added that Wise’s “blind love” for President Roosevelt unduly influenced his judgment.
The final session of the Wyman Institute conference focused on the Bergson Group’s controversial 1946 Broadway play “A Flag is Born,” about Holocaust survivors and the fight to create Israel.  Actor Steven Hill, famous for his role in the television series “Law & Order” in recent years, spoke about his first acting role, as a character in “A Flag is Born,” in which he appeared alongside a young Marlon Brando.  Hill said he was “deeply proud” to have been part of a theatrical production that helped the movement to create Israel.
Hebrew University president Judah Magnes denounced “Flag” for its sympathetic portrayal of the Jewish armed revolt against the British in Mandatory Palestine.  He called it “an appeal to terror” and urged former First Lady Eleanor Roosevelt to withdraw her endorsement of the play. She ignored the request.
When “A Flag is Born” came to Philadelphia, mainstream Zionist groups urged the public to boycott it. The boycott proved ineffective, however, and Hecht wrote afterward:  “To the 20,000 who saw our show during its 15 performances, we say: Glad we were able to wake Philadelphia up – even if only for two weeks.”
In Baltimore, the Bergson Group discovered that the theater where “Flag” was to be performed had a policy of confining African-Americans to the balcony seats.  The Bergsonites teamed up with the local NAACP to force the desegregation of the theater.  This unprecedented step paved the way for desegregating all of Baltimore’s theaters.
Advertisement 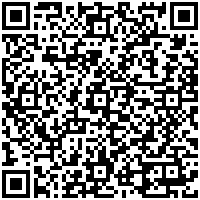