Home News & Views News Briefs Quick Takes: News From Israel You May Have Missed
Share on Facebook
Tweet on Twitter
The Israeli government has asked U.S. Secretary of State Condoleezza Rice for a clarification regarding Hamas’s claim that it received a thank-you message from her for the terrorist group’s efforts in maintaining a cease-fire in the Gaza Strip.
Diplomatic sources said Foreign Minister Tzipi Livni sent Rice a letter asking her to explain her actions, which Livni characterized as alarming. The sources said Jerusalem has received signals in recent weeks that the U.S. is ready to engage Hamas on some levels.  Livni’s letter came after a U.S. Jewish leader showed her an article from this reporter bringing to light Hamas’s claim about Rice’s message.
The alleged message would be the first public communication between the Bush administration and Hamas, which Israel is seeking to isolate.
In an exclusive interview, Hamas chief political adviser Ahmed Yousef told this column the Bush administration recently talked with Hamas but that its demands of the terror group were too steep.
“To be honest with you, yes, there are also people from the Republicans, from the Bush administration, who contacted us and who behind the scenes did some contact and some discussion with Hamas. It is also the Republicans who sent a delegation to meet with Hamas in the West Bank and also in Gaza,” said Yousef.
In a separate interview, a top Hamas source said his terror group has been making headway in ending its international isolation. He claimed Hamas was in communication with unspecified elements in the U.S. and with former British Prime Minister Tony Blair, who serves as the Quartet’s main Mideast envoy.
Hamas Official Hails Biden As ‘Great Man’
Sen. Joe Biden is a “very nice” person and a “great man” whose record “speaks volumes” and who can be counted on by the terror group to engage in the “right policy” toward the Middle East. This according to Hamas’s Yousef in an interview with this reporter and with the national John Batchelor radio show.
Calling Biden a “very prominent figure when it comes to the politics of the region,” Yousef stated, “I do believe Mr. Biden, he is well known, he is familiar with the situation here in Palestine. I think he is a very nice person. Yes, he is well aware of the political situation here in Palestine, and I do believe he might do something to change the bad image about America and enhance that image,” Yousef said during the interview.
“His record speaks volumes. I do believe Mr. Biden is a great man. And we do count on him also as a good partner with Mr. Obama to put the right policy regarding how to handle the problems in the region,” Yousef said.
Yousef also expressed hope regarding Sen. Barack Obama’s “vision for change,” announcing Hamas will send Obama a letter of congratulation “the moment he will win the election.”
“It’s good for America to have a new administration with someone like Mr. Obama and his vision for a change,” said Yousef.
The last time Yousef commented on the U.S. elections – in an article published by The Jewish Press – his comments fueled a firestorm of accusations in the presidential campaign.
A First For Palestinian Security
For the first time ever, Palestinian security forces deployed inside Israel this week and took control of parts of a small neighborhood on the outskirts of Jerusalem in a clear sign of expected future Palestinian sovereignty over the area.
This past weekend, a primary Palestinian soccer team played its first game on home soil at a stadium in the neighborhood of Ram, just north of Jerusalem on the West Bank’s border. The city, entirely under Israeli control, is divided into two by Israel’s security barrier, with half of the town expected to be incorporated into a future Palestinian state.
Present at Ram’s soccer stadium were Palestinian Authority President Mahmoud Abbas, Palestinian Prime Minister Salam Fayyad, and other Palestinian and Jordanian officials, as well as the president of FIFA, the international governing body for soccer.
WorldNetDaily has learned that the dignitaries were protected by a delegation of over 250 members of Force 17, Abbas’s presidential guard unit. The Palestinian forces blocked traffic, created a parameter and took over all security in Ram on both sides of the barrier.
Although Abbas’s Fatah party maintains a civilian security infrastructure in some eastern Jerusalem neighbors, the event marked the first time Palestinian security forces entirely occupied an area under Israeli control. When top Palestinian leaders visit Jerusalem, some bring along small security details, but those teams never take over security inside Israel.
Special Website For Rachel’s Yahrzeit
A week before the yahrzeit (anniversary of death) of biblical matriarch Rachel, during which tens of thousands of Jews are expected to descend upon Rachel’s Tomb in Bethlehem, a website has been established for those around the world who wish to have a prayer recited for them at the tomb on the yahrzeit, which falls this year on November 9.
KeverRachel.com will also feature the Yartzeit School Project, which will broadcast, live from the tomb, the recital of Psalms and evening prayer services on the day of the yahrzeit. Considered the third holiest site in Judaism, Jews for millennia have prayed at the tomb – the resting place of Rachel, who died during childbirth on the 11th of Cheshvan in the Hebrew calendar.
Aaron Klein is Jerusalem bureau chief for WorldNetDaily.com. He appears throughout the week on leading U.S. radio programs and is the author of the book “Schmoozing with Terrorists.”
Advertisement

Not Just For The Birds 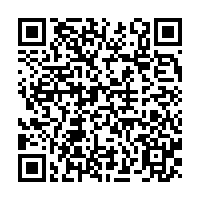