What is purity? Too much of what purports to be good is watered down by the “not so good.” There seems to be a lurking selfishness behind many sin-cere gestures – a “what’s in it for me?” approach. With cynicism the order of the day, anyone who tries to rise above the rat race is often condemned as hypocritical or phony. In such a world, the concepts of purity of character and purity of purpose seem to be simply theoretical.

I thought this way until I had the opportunity to interact with Jay (Yaakov) Neinstein, may he rest in peace, over the last three months of his life. (Jay passed away this past July.)


I met his mother, Mrs. Ruth Neinstein, at Scharf’s Ateret Avot Senior Residence of Brooklyn, where I am director of programming. Over the next year or so, I talked with Jay a number of times and engaged him to lead a few programs at Ateret Avot. We also talked about his mother’s involvement in programs and he complimented me profusely for every time I gave Mrs. Neinstein an opportunity to shine in the activities.

Then, around four months ago, I learned that Jay had a grim health prognosis. A short time later, I was informed that he was moving to Ateret Avot. I felt a little awkward as I had almost no experience with providing recreation for people who are so gravely ill, and I wondered if he would just want to stay with his family. In short, I didn’t know how I could cheer him up.

Despite my apprehensions, I decided to give it my best, and when I greeted him the first time at Ateret Avot, I got a very warm response. In subse-quent conversations, we decided that we wanted to learn, and we set aside a period of time once a week in the synagogue where we would learn Mishnayos. My learning with him, though, went far beyond Mishnayos. Seeing his constant positive attitude, his love of learning Torah and his joy in understanding a section of the tractate that only moments before had seemed vague filled me with a sense of thankfulness to Hashem for all of His blessings.

The irony was that he was cheering me up more than I was cheering him. For the first time in my life, I experienced “pure emunah” (faith).

I never heard Jay say a bad word about anyone or anything, and he never complained about his con-dition. The fact that he was gravely ill was the last thing on my mind when we were sitting and learning. One of his most endearing qualities was his ability to add something insightful to some Torah idea that I was developing. All too often in other learning situations, people either criticize or ignore concepts which I present.

When I shared a Torah chidush with Jay, he was genuinely moved to hear it. The next day at breakfast, it was not unusual for him to tell me that he liked what I had said the day before, and that he had something he wanted to add. He was not refuting my ideas or ignoring them; he was building on them. This demonstrated that the learning didn’t end when we shut our seforim. It stayed with him until the next time we spoke. What a wonderful way to create a strong learning connection.

Two words that Jay often said were “Baruch Hashem.” At 51, Jay had trouble walking and concentrating. One might have wondered why such a young person who has the right to be angry at his plight instead expressed his sincere love of Hashem and all that He was doing for him.

I don’t believe that Jay was in denial or ignoring what he was going through. He had just found that special closeness to Hashem that we can all achieve. And when you have that pure connection, it’s only natural to be positive and serene.

When I think of Jay, I think of Parshas Shelach, which tells of the Meraglim (Spies) who brought back evil reports about the Land of Israel. They had been in a beautiful place, and had focused on the bad. Conversely, Jay was going through something very difficult, and all he could see was the beauty of having the opportunity to serve Hashem.

We can be inspired by the memory of Jay’s emunah by trying to move beyond superficiality, cynicism and rote religious practice toward that purity of purpose and purity of religious practice that’s within us to achieve. If Jay were still here, he would sweetly add something to what I’ve just written. In a way, however, he still is here for me, as he continues to inspire me to praise Hashem no matter what is happening around me. 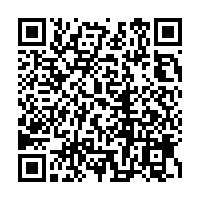