While the U.S. Congress is attempting to push tough legislation aimed at financially and diplomatically isolating the new Hamas-led Palestinian government, leftist American Jewish organizations are working to block the anti-Hamas efforts, some arguing the terror group – which has killed hundreds of Israeli civilians – may be willing to make peace with the Jewish state.

A bill initiated in the House of Representatives following Hamas’s major election victory last month designates the Palestinian Authority a terror supporting entity. It demands the halt of direct and indirect U.S. assistance to the PA with the exception of certain humanitarian aid, and bars American financial support for UN and non-governmental agencies connected to the PA. It also bars PA personnel from entering the U.S. or maintaining offices in the country until it separates from Hamas, recognizes Israel as a Jewish state, dismantles all terror groups, and ceases anti-Israel incitement.

But leftist American Jewish organizations are up in arms about the proposed bill.

“We oppose the legislation. The U.S. should be extending carrots to Hamas, and not just slapping them with sticks. We should be trying to encourage Hamas to recognize Israel, not shutting them out completely,” said M.J. Rosenberg, director of policy for the Israel Policy Forum (www.wnd.com) , a prominent leftist think tank.

Lewis Roth, assistant director of Americans for Peace Now, said his organization “has a problem” with the new bill demanding Hamas must recognize Israel as a Jewish state.

“It’s something the U.S. has never applied before in negotiations with the Palestinians or with regard to Jordanian treaties,” said Roth. “The clause is clearly drafted with Hamas in mind. It makes no sense. What if Fatah [which recognizes Israel as a Jewish state] comes back to power?”

Another leftist group, the Brit Tzedek v’Shalom Jewish Alliance for Justice and Peace, has initiated an online petition calling for Americans to oppose the anti-Hamas legislation.

Two months after a border deal brokered by Secretary of State Condoleezza Rice was implemented at the Egypt-Gaza crossing, a WorldNetDaily probe found the international agreement is currently allowing terrorists to infiltrate the Gaza Strip, where they are poised to attack Israel. WND also found the deal allows Gaza-based terrorists freedom to travel into the nearby Sinai desert, where they can meet with regional jihadists.

Rice’s deal was meant to install security at the Rafah crossing, the main checkpoint between Egypt and Gaza, after Israel’s withdrawal. The agreement, which Israel accepted reportedly after intense American pressure, restricted the Jewish state to monitoring the area by camera, called for a European presence at the border station, and offered the Palestinians some veto power on vehicles and persons entering Gaza.

New border rules stipulate that Israel cannot restrict who leaves Gaza, but it can ask the European monitors to delay for several hours anyone crossing the border if Israel provides information indicating an entrant may be a security threat.

Israeli security officials said the cameras a the border are not sufficient to identify entrants, and they said the Palestinians have been failing to supply accurate and timely lists of individuals crossing into Gaza. They charged that the Palestinians have tampered with the names of entrants, deliberately disguising the personal information of terrorists crossing the border.

Indeed, several senior terrorists based in Gaza told WorldNetDaily that during the past few weeks they were able to cross into the Sinai and back without a problem. One terror leader said he went to Egypt for “vacation.” Hamas chief Mahmoud al-Zahar’s brother, Fadel, entered Gaza through Rafah, reportedly bringing with him 13 other wanted terrorists.

Rafi Eitan, a legendary Israeli intelligence officer and the recruiter and handler of imprisoned spy Jonathan Pollard, made national headlines in Israel last week when he said that if elected to a Knesset seat he would work for Pollard’s release.

But Pollard’s wife, Esther, and an attorney told WND that in a previous meeting with them, Eitan allegedly said that if given the opportunity he would have “put a bullet through Pollard’s head” when Pollard originally sought asylum in Washington’s Israeli Embassy, so “there would have been no Pollard affair.”

When Pollard arrived at the embassy in 1985 after learning his spy activities had been discovered, he was received at first and then expelled into the custody of FBI agents waiting outside.

Esther Pollard quoted Eitan as saying that if he had been at the embassy when Pollard arrived, he would have shot him.

” ‘And then the next day, I would have seen to it that the news reports stated that an American intruder had attacked a guard at the Israeli Embassy – no mention of any spy affair – and that in the scuffle a gun went off and the American was killed. There would have been no Pollard case. That is the only thing I am sorry about,’ ” Esther quoted Eitan as saying.

Pollard himself, speaking from prison, said Eitan was involved in orchestrating his arrest, and he revealed Eitan allegedly asked him to recruit intelligence for the personal political benefit of several Israeli officials, including Prime Minister Ariel Sharon, and to betray names of American agents working inside Israel – instructions Pollard says he refused.

Eitan is running in next month’s elections to head the Pensioners’ Party, which represents the rights of retirees. Asked to respond to his alleged statements about wanting to kill Pollard, Eitan refused to deny he was being accurately quoted by Esther Pollard.

Eitan said he thought Pollard would have a better opportunity at release “if he and his wife just keep quiet. They are being too noisy and turning things into controversy.” 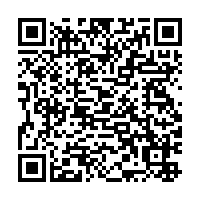