Hamas is hopeful President Obama will open a dialogue with the group despite Congressional restrictions on such talks, Ahmed Yousef, Hamas’s chief political adviser in Gaza, told this column in an exclusive interview this week.

Asked if he believed Obama intends to open dialogue with Hamas, Yousef replied, “Yeah. Actually, there is [sic] signals.”

“I do believe this will take time,” he said. “This is not an easy job since there is a restriction from the Congress and there are laws and regulations that are preventing taking action without solving things with the Congress.

“So I know that he might himself believe that engaging with Hamas will help put an end to the conflict and also to enhance the American image all over the Arab and Muslim countries. Hamas is the answer if Americans are serious about its image in the Arab and Muslim world.”

Yousef said he expects Obama will make “strong statements” toward the Muslim world during a major address in Egypt next month.

A Knesset inquiry following an expos? by this reporter earlier this month has halted construction of the country’s security barrier along a controversial route that would have effectively blocked off Jewish property and an important Jewish neighborhood from the rest of Jerusalem.

The area in question included the Jewish neighborhood of Maale Adumim in eastern Jerusalem, which the Palestinians want as part of a future state. During his candidacy, Prime Minister Netanyahu spoke about the importance of maintaining and developing the Jerusalem region called E1, which encompasses Maale Adumim.

Recently, however, Israeli Defense Minister Ehud Barak personally visited the area and unilaterally ordered the defense ministry to construct a barrier through the neighborhood of Anatot, which would block off Jewish land. The new barrier route would have essentially isolated the so-called Palestinian side of Maale Adumim, as well cordon off local Jewish property.

Following an article on the subject and a petition from a private group, Otonell Schneller, a Knesset member for Israel’s Kadima party, visited Anatot to see the fence construction for himself. Last week, during a Knesset session regarding yearly funding for Barak’s defense ministry, Schneller brought up the issue of the Anatot fence and accused Barak of wasting his ministry’s money, arguing that the Supreme Court could rule against the construction and require the barrier’s removal.

The Palestinian Authority exploited Pope Benedict XVI’s visit here last week for political gain and to wage propaganda attacks against Israel, particularly regarding sovereignty over Jerusalem, according to a new study.

“The PA has exploited Benedict’s visit to Israel … especially the sensitive [issue] of sovereignty over Jerusalem. According to PA-affiliated spokesmen, Israel’s presence in eastern Jerusalem does not give it sovereignty or any other rights,” states a report by the Terrorism and Information Center at Israel’s Center for Special Studies.

Reuven Erlich, the center’s director, told WorldNetDaily that the PA’s exploitation extended to the pope’s tour of Bethlehem.

“The pope was deliberately paraded in front of the security barrier to make a non-issue into an issue. Also [PA President] Mahmoud Abbas used his speech alongside the pope for pure propaganda purposes,” said Erlich.

The pope stood beside Abbas as the Palestinian leader pointed to a concrete separation barrier in Bethlehem and blamed that barrier, as well as Israeli “occupation,” for the plight of Christians.

Bethlehem, however, is not surrounded by any wall. Israel built a fence in 2002 in the area where northern Bethlehem interfaces with Jerusalem. A tiny segment of the barrier, facing a major Israeli roadway, is a concrete wall that Israel says is meant to prevent gunmen from shooting at Israeli motorists.

The PA strategically positioned the pope to make statements alongside the one segment of the barrier that is a wall.

Abbas’s claim that the barrier is driving away Christians is contradicted by demographic facts. Israel built the barrier five years ago, but Bethlehem’s Christian population started to drastically decline in 1995, the year Arafat’s Palestinian Authority took over the Christian city in line with the U.S.-backed Oslo Accords. As soon as the PA took over Bethlehem, reports of Christian intimidation and persecution surfaced. The city’s Christian population dropped from 80 percent to about 22 percent.

If Pope Benedict XVI so fervently supports a Palestinian state – which would split sections of Israel – he also should divide Rome, said the leader of a coalition of more than 350 Israeli rabbinic leaders and pulpit rabbis.

“I was shocked to hear that the first thing the pope had to say when he landed in Israel was that the Holy Land must be divided to make room for a Palestinian state,” said Joseph Gerlitzky, rabbi of central Tel Aviv and chairman of the Rabbinical Congress for Peace, which includes some of Israel’s most prominent Jewish leaders.

“I suggest that he divide Rome. The Holy Land was promised to the Jewish people and absolutely no human being on this earth has a right to relinquish even one inch of this land.”

. He appears throughout the week on leading U.S. radio programs and is the author of the book “The Late Great State of Israel.”
Advertisement 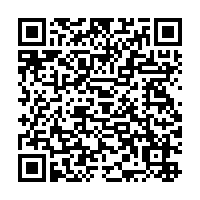