The Jewish National Fund, which collects Jewish donations for the stated purpose of Jewish settlement in the Jewish state, must equally allocate properties to both Jews and Arabs, Israel’s Attorney General ruled this week.

The JNF has been allowing the Israeli government to manage lands it has purchased in part with hundreds of millions of dollars in Jewish donor funds.

According to a ruling this week by Israel’s attorney general Menachem Mazuz, the Israeli government managers of JNF lands “must adhere to the principles of equality” and are “forbidden from discriminating against people based on their nationality, even when the land in question is owned by the JNF.”

Mazuz was weighing in on a Supreme Court case in which Arabs wanted to purchase properties on JNF land in northern Israel. The JNF placed the properties under Israeli government management.

The ruling follows a Jewish Press exclusive report in March revealing that hundreds of acres of key properties in Jerusalem purchased by the JNF for Jewish settlement were instead utilized for the illegal construction of dozens of Arab apartment buildings housing thousands and for United Nations facilities.

The JNF seemingly has done little to boot the Arab squatters from its land, while the Israeli government, which manages the areas, did not halt the illegal Arab construction on the Jewish-owned properties.

The Jewish-owned lands recently were blocked off from Jewish sections of Jerusalem and isolated to Arab neighborhoods by Israel’s security fence.

The Al Aksa Martyrs Brigades, the declared military wing of Palestinian Authority President Mahmoud Abbas’s Fatah organization, has formed a terrorist cell living in the vicinity of Jerusalem and consisting of Israeli residents ready to carry out attacks within the Jewish state, according to Ala Senakreh, Brigades chief in the West Bank.

“We have Israeli Arab brothers who are members of the Brigades who live in Israel and will make in the coming days and weeks shootings and suicide bombings,” Senakreh told this column.

“Even in the case that there will be a cease-fire in Gaza, we will keep attacking Israel. They will see the importance of our cells in Jerusalem with more attacks in the near future,” the Brigades leader said.

The claim follows a Brigades shooting attack this weekend in an eastern Jerusalem neighborhood targeting Israeli policemen and carried out by two Arab men who were permanent Israeli residents living in Jerusalem.

A recent poll by the University of Haifa showed that half of Israeli Arabs believe Hizbullah’s kidnapping last July of two Israeli troops was justified. The same poll showed that more than a quarter of Israel’s Arab citizens believe the Holocaust never happened, and 89 percent said they viewed Israel’s bombing of Lebanon last summer as a war crime, while only 44 percent said they saw Hizbullah’s rocket attacks against Israeli cities as a crime.

Multiple reports last summer found Hizbullah flags flying from some Israeli Arab villages in the north of the country, even when the areas were smashed by Hizbullah rockets.

The U.S. has given Prime Minister Ehud Olmert the green light to negotiate with Syria regarding an Israeli retreat from the Golan Heights, according to diplomatic sources quoted this week by Israel’s Haaretz daily newspaper.

According to Haaretz, the Bush administration granted Israel permission to discuss vacating the Golan, but Washington reportedly stipulated that Olmert must not agree to any negotiations, even indirectly, regarding a change in the U.S. position toward Syria.

Syria, which signed a military alliance with Iran, openly hosts Hamas and Islamic Jihad leaders. Israel says Syria has been allowing large quantities of weapons to be transported from its borders to the Lebanese-based Hizbullah militia, which last summer engaged in a war with the Jewish state.

Syria has also been widely blamed for the 2005 assassination of former Lebanese Prime Minister Rafik Hariri.

The Haaretz article follows a report in this column  last week revealing that the embattled Olmert – faced with devastatingly low poll numbers and calls from the public and senior officials to resign – directed staffers at Israel’s Foreign Ministry to prepare for the possibility of talks with Syria. 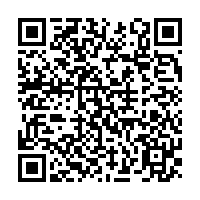