Home News & Views News Briefs Quick Takes: News You May Have Missed
Share on Facebook
Tweet on Twitter
Popular perception has it that talks between Israel and the PA are stalled over a Palestinian demand that Prime Minister Benjamin Netanyahu expand his 10-month West Bank settlement freeze to Jewish communities in eastern Jerusalem.
However, according to security and diplomatic officials from Egypt, Jordan and the Palestinian Authority, Israel is working with the U.S. to create a future Palestinian state that would encompass most of the West Bank. The future status of Jerusalem is also being discussed between Israel and members of the Obama administration.
To point out the advanced levels of the current talks, a PA official said that a visit this week by President Obama’s national security adviser, Jim Jones, will center around security arrangements for a future Palestinian state in the West Bank.
The arrangements may include the presence of Jordanian troops in the strategic territory as well as private Palestinian firms and international soldiers participating in patrolling the Palestinian side of a future border, the official said.
Regarding international forces, one Jordanian security source said there are “very serious talks about bringing international forces to the borders between the West Bank and Israel, especially the Jordan Valley, where the Israelis would have security guarantees from an international force working in collaboration with the Palestinians.”
With regard to Jerusalem, talks between the U.S. and Israel are in the infancy stages.
The officials from the Obama administration most publicly identified with brokering Israeli-Palestinian talks include Jones and Obama’s envoy to the Israeli-Palestinian conflict, George Mitchell. In addition, WorldNetDaily has learned that Dennis Ross, an Obama foreign policy adviser who served as Mideast envoy to the Clinton administration, is actively engaged in brokering a deal regarding Jerusalem.

Israeli diplomatic sources said Ross wants to use the formula established under the Clinton administration that would see Jewish sections of Jerusalem becoming Israeli while areas largely inhabited by Arabs becoming Palestinian. About 100,000 Arabs live illegally on Jewish-owned land in Jerusalem.

President Obama is planning to issue a letter in the next few weeks guaranteeing U.S. support for a plan to give much of the West Bank and eastern sections of Jerusalem to Palestinians within two years, this column has learned.
The presidential letter is slated to stress U.S. commitments to Israeli security as well.
It will declare that the final borders of a Palestinian country will be determined by direct Israeli-Palestinian negotiations but that the U.S. supports a Palestinian state based on the 1967 borders.
According to a source in Prime Minister Benjamin Netanyahu’s office, the Israeli leader is pushing against a formal letter from Obama, recommending the U.S. president issue an official oral declaration instead.
The contents of the letter are being discussed by Israelis with both Egypt and the U.S. and separately by the Palestinian Authority with Egypt and the U.S. Egypt is a key broker in the matter.

This reporter has learned that last Monday Israeli National Security Adviser Uzi Arad was in Egypt on a secret visit to discuss Israeli-Palestinian talks as well as the content of Obama’s future declaration. Arad’s visit until now has not been reported by the news media.

Attracts Terror
Erroll Southers, President Obama’s nominee to head the Transportation Security Administration, suggested that terrorists have attacked the U.S. because of the country’s alliances with Israel and France.
In a 2008 video interview with the VideoJug website, Southers was asked, “How high should the war on terror be on our list of national priorities?”
He replied: “It should be high on our list of priorities because of – speaking globally – the threat that exists. Due to connectivity that we have with countries such as Israel, France, countries that are seen by groups, by al-Qaeda, as being infidels or anti-Islamic, by the true nature of our alliance with them means that we are subject to being attacked as well.”

Scores of terrorist leaders, including senior jihadists, have told this reporter that attacks against the U.S. are primarily carried out to spread Islam around the world. While al-Qaeda has listed U.S. support for Israel among its grievances, the global terrorist network gives more prominence to its gripe with foreign troops deployed in Islamic countries.

‘Conspiracy Theorizing’
In a lengthy academic paper, President Obama’s regulatory czar, Cass Sunstein, argues that the U.S. government should ban “conspiracy theorizing.”
Among the beliefs Sunstein would ban is the theory that global warming is a deliberate fraud.
Sunstein also recommends the government send agents to infiltrate “extremists who supply conspiracy theories” to disrupt their efforts.
In the 2008 Harvard law paper, “Conspiracy Theories,” Sunstein and co-author Adrian Vermeule, a Harvard law professor, write that government agents “might enter chat rooms, online social networks, or even real-space groups and attempt to undermine percolating conspiracy theories by raising doubts about their factual premises, causal logic or implications for political action.”

Sunstein defines a conspiracy theory as “an effort to explain some event or practice by reference to the machinations of powerful people, who have also managed to conceal their role.” 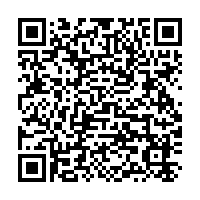