Home News & Views News Briefs Quick Takes: News You May Have Missed
Share on Facebook
Tweet on Twitter
The group behind the Gaza flotilla that engaged in deadly clashes with Israeli commandos counts among its top supporters the friends and associates of President Barack Obama, namely the founders of the Weather Underground terrorist organization, William Ayers and Bernardine Dohrn, as well as Jodie Evans, the leader of the radical activist organization Code Pink.
The flotilla was organized by the Free Gaza Movement, a coalition of leftist human rights activists and pro-Palestinian groups engaged in attempts to break a blockade imposed by Israel on the Hamas-controlled Gaza Strip.
Code Pink has led several recent Free Gaza Movement initiatives, including attempted marches into the Gaza Strip. Dorhn was in the Middle East just last month on behalf of the movement.
Ayers and Dohrn were close associates for years with President Obama, while Evans was a fundraiser and financial bundler for Obama’s presidential campaign.
In January, Ayers, Dohrn and Evans were involved in provoking chaos on the streets of Egypt in an attempt to enter Gaza with the Free Gaza Movement to join in solidarity with the territory’s population and leadership.
The three helped to stir riots after the Egyptian government refused to allow a large number of protesters to enter neighboring Gaza. Eventually, the protesters accepted an Egyptian offer of allowing about 100 marchers into Gaza. Once in the territory, those marchers were reportedly met on the Gaza side by Hamas’s former Prime Minister Ismail Haniyeh.
At the time of the march, Sen. John Kerry (D-Mass.) wrote a letter in support of a “humanitarian delegation from Massachusetts” to Gaza. Members of Code Pink documented on their blogs that Kerry’s letter was used at the U.S. Embassy in Cairo as part of the attempts to pressure Egypt to let the group into Gaza.

Images of the letter were also posted on the Electronic Intifada website run by Ali Abunimah, who was with Evans’s group in Egypt and who, this column first reported in 2008, spoke at pro-Palestinian events in the 1990s alongside Obama. In one such event, a 1999 fundraiser for Palestinian “refugees,” Abunimah recalled introducing Obama on stage.

Israel and the Palestinian Authority recently seized a large quantity of weapons, including rockets, in the strategic West Bank meant for the Hamas terrorist organization, an informed Israeli security official told this reporter.
The Obama administration has backed a Fatah-led state in the West Bank, which borders Jerusalem and is within rocket range of Israel’s international airport. The U.S. is in the midst of brokering proximity talks between the PA and Israel aimed at the creation of a Palestinian state.

The Israeli security official said there were signs Hamas was gaining strength in the West Bank, in particular by infiltrating Fatah forces and smuggling weapons and cash into key West Bank cities. The official said Hamas has been using young girls to smuggle cash, and that Fatah militants have been instrumental in smuggling weapons on behalf of Hamas.

Headed To State Department
The policy director at a George Soros-funded, Marxist-founded organization calling itself Free Press has just taken a key State Department position, this column has learned.
Free Press Policy Director Ben Scott has been named a policy adviser for innovation at the State Department.
“We will miss Ben’s leadership, wise counsel, and strategic brilliance – for Free Press and the overall movement for media and technology policy in the public interest,” said Free Press President Josh Silver.
Free Press is a well-known advocate of government intervention on the Internet.
Scott authored a book, The Future of Media, which was edited by the founder of Free Press, Robert W. McChesney.

McChesney is an avowed Marxist who has recommended that capitalism be dismantled.

He is a professor at the University of Illinois and former editor of the Marxist journal Monthly Review.
In February 2009, McChesney wrote in a column, “In the end, there is no real answer but to remove brick-by-brick the capitalist system itself, rebuilding the entire society on socialist principles.”
The board of Free Press has included a slew of radicals, such as Obama’s former “green jobs” czar Van Jones, who resigned after reports surfaced that he had founded a communist organization.
Last week, this column reported that Free Press published a study advocating the development of a “world class” government-run media system in the U.S.

Now the group is pushing a new organization, StopBigMedia.com, that advocates the downfall of “big media” and the creation of new media to “promote local ownership, amplify minority voices, support quality journalism, and bring local artists, voices and viewpoints to the airwaves. 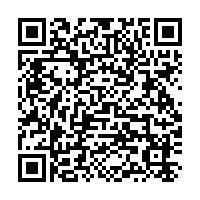