Inspirational Torah leader Rabbi Shlomo Brevda, zt”l, passed away last Tuesday at the age of 81. Rabbi Brevda authored numerous books and traveled to many parts of the world delivering mussar and words of encouragement to people of all ages. He was well known for his research of the Vilna Gaon, publishing many of his writings.

Rav Brevda was born in Crown Heights, Brooklyn in 1931. His father, Rabbi Moshe Yitzchak Brevda, had brought his family to the United States from Baranovich, Poland shortly before Shlomo’s birth. Growing up as an average American boy, he attended Yeshiva University’s Rabbi Isaac Elchanan Theological Seminary (RIETS) with plans to pursue a college education. However, he was advised by RIETS’s Rabbi Yeruchim Gorelik to pursue his learning elsewhere; thus, he joined the Mir Yeshiva that came to New York following its miraculous escape from the Holocaust. At Mir, Rav Brevda became a disciple of Rabbi Chatzkel Levenstein, the yeshiva’s mashgiach.

Rabbi Brevda was a student of some of the greatest leaders of his generation. After learning in Mir, he attended Beth Medrash Govoha in Lakewood, N. J. under the tutelage of Rabbi Aharon Kotler. In the 1950s, in Eretz Yisrael, he became a ben bayis by the Brisker Rav, Rabbi Yitzchok Zev Soloveitchik. In fact, the Brisker Rav founded his illustrious yeshiva upon learning that Rabbi Brevda did not have a place to learn. Additionally, Rav Brevda often traveled to Bnei Brak to visit the Chazon Ish, who expressed bafflement that an American young man born and raised in the lap of luxury would travel to Eretz Yisrael to study Torah.

Toward the end of his life, he traveled to many different yeshivos and kollelim and was considered by many as their personal mashgiach. His inspiration to others was credited for making many ba’alei teshuvah.

I was one of those inspired, due to hearing Rav Brevda speak in my high school and, more than a decade late, in my beis medrash. 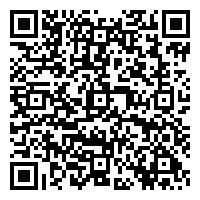