The Zanzibar government has offered a $6,170 reward for information on attackers who threw acid at two British Jewish women.

Kirstie Trup and Katie Gee, both 18 and from London, sustained injuries on their faces, chests and hands after two men on a moped threw acid at them Wednesday night, in Zanzibar City, the capital of the island off of eastern Africa.


The island’s Police Commissioner Musa Ali Musa told the BBC that there was “no prime suspect” for the attack. He said that a lot of people had been questioned and information gathered. No one has been arrested or charged and investigations are continuing, Musa said.

The police chief said it was the first time visitors to the island had been attacked in this way, describing the incident as “alien” to both the police investigating and the victims. Officers had no idea as to the motive, he said.

The two young Britons, who were volunteering as teachers for the charity Art in Tanzania, were flown back to Britain Friday. The London Jewish Chronicle reported that both were Federation for Zionist Youth members.

The attack took place in Stone Town, the old part of Zanzibar’s capital, on Wednesday.

Zanzibar’s President Ali Mohammed Shein said the assault had “brought chaos and confusion to our country and outside”.

Speaking to Muslims celebrating the Eid al-Fitr festival, he said: “It was not a civilized act, it is not Islam. It was very cruel to throw acid on these innocent young girls.”

The BBC’s Tulanana Bohela, in Dar es Salaam, Tanzania’s capital, said Islam is the main religion on Zanzibar. In more remote parts of the island, away from tourist beaches, there are signs asking foreigners to respect the local culture and cover up, she said.

Zanzibar, a semi-autonomous archipelago, is part of Tanzania. 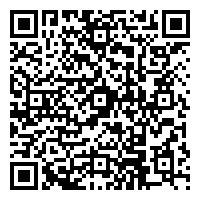