According to a Kol Israel report on Saturday, PLO negotiator Saeb Erekat has told U.S. House Democratic Whip Steny Hoyer, on a visit to Jerusalem with a group of 36 Democratic Congress members, that by the end of the peace negotiations between Israel and the Palestinians, Jerusalem will remain a unified city.

On Wednesday, Hoyer told a press conference in Jerusalem that Erekat had talked to him about “the necessity to live together with mutual respect.”


“I asked whether the [Palestinian] school curriculum would comport with that objective,” Hoyer said, saying that Erekat had indicated “that they had not done so perfectly, but he believes they are working on that and trying to get to that objective.”

Regarding the status of Jerusalem, Hoyer said Erekat had not specified what kind of sovereignty would be applied to Jerusalem, nor if it would be unified as a Jewish city.

Hoyer, and the majority of the U.S. Congress—according to the Whip—believe in significant alterations of the 1967 borders. He told Kol Israel that he believes the Palestinian right of return may only be realized within the future Palestinian state.

And Israel’s scheduled Tuesday release of the first third of the group of 104 Palestinian terrorists imprisoned before the 1993 Oslo accords, would fail to appease the Palestinian public or convince them that the talks are serious this time, Sweilam said. 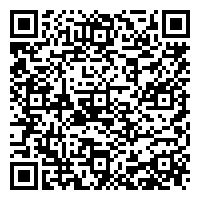